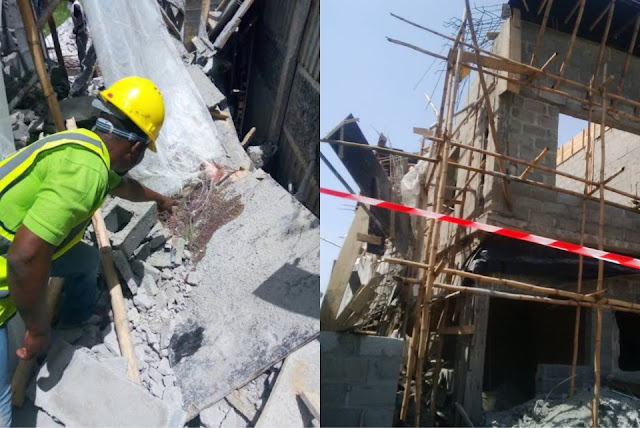 A building has reportedly collapsed at NICON Town Estate, off Admiralty way, in Lekki area of Lagos.
It was gathered that there were workers, who were mixing concrete on the site, when part of the building collapsed.
Many are still trapped with Officials of the Lagos State Emergency Management Agency, LASEMA, and other rescue responders are on site trying to rescue those trapped in the debris.

According to reports from some sources, two people have been confirmed dead in the uncompleted two-storey building which collapsed on Thursday afternoon.