Skip to main content
- April 30, 2017
#BBNaija: T-Boss says she has been turning down Kemen's calls, saying she doesnt want to speak with him. 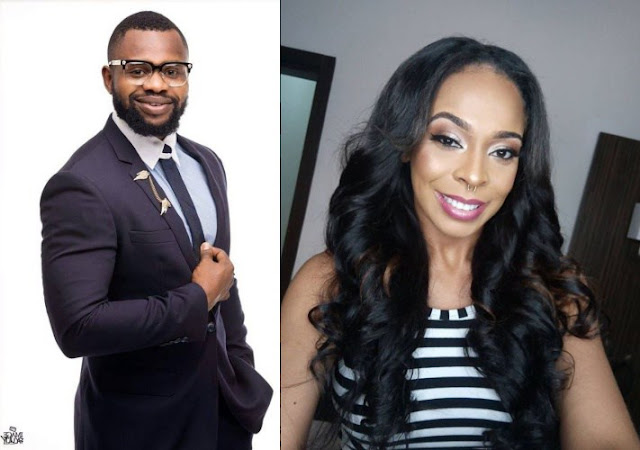 Tokunbo Idowu a.k.a TBoss and Kemen have not made up on the controversy which saw Kemen booted out of the big brother Nigeria show.

Tboss was the celebrity guest on Ebuka Uchendu’s ‘rubbin minds’ where she talked on the trending Kemen issue, AY’s joke and Reuben Abati’s body shaming article.

In the interview with the 2017 big brother host, Ebuka, TBoss affirmed her statement of spending the N25m prize money within a week, if she had won.

The reality star disclosed that Kemen had called her over 15 times but she is not ready to talk to him despite the fact that they have met at some social functions.
She said,

“I considered Kemen a friend. He was my go-to guy. He was my buddy, my muscle. He encouraged me. He motivated me. So for what happened to have happened considering all the people that look up to me, it was sad. I was angry.

I was humilated and I did feel violated but I don’t play the victim card. I honestly think that the decision that Big Brother took was the only decision that could have been taken. And everything that Kemen has to say about that, na him get him mouth, e fit use am talk wetin him wan talk but he knows and we know”.

Ebuka then asked if she has seen him since she came out of the house. Here’s her response;


“I have seen him a few times but I really don’t want to talk to him because honestly the day you (Ebuka) came into the house with Karen, I was thinking what would happen if I see Kemen because I thought there would be a party after then. I just wanted to slap him. I think I even said that but then I came out and I said you know what everyone can make mistake because I am an attractive person but then, I come out and I hear the interviews he has given, today he makes an apology and then tomorrow he comes out to say TBoss knows what happened and that if there was no N25 million involved, hopefully she would tell the truth.

What truth are you talking about? You are contradicting yourself. And then you are calling me? He has called me like over 15-20 times but I don’t want to speak to him. I am not ready because if I talk, I would say the wrong things. I want to calm down”.

“I totally feel it was insensitive of him. It was very insensitive because like I said, I have a lot to say. Everyone who watched the show knows I am a very emotional person and I am very sensitive and this is not something that can be overlooked or joked about. I see the comments. I sneak into my Instagram and see the comments and I am like look, you are a female. This could have happened to you.

This probably has happened to you. This incident was on camera. People saw it and people still chose to make light of this situation and make a joke out of it. If I consent to you touching me, that doesn’t mean I consent to you kissing me or going the extra mile. if you do that to me on international tv and someone out there feels it is content for a joke, its unfair.


You do not have to have a daughter or a sister or any female that is close to you for you to know that what went down was not ok. You just made a mockery of my emotions and my pain. That was insensitive”.

“That was sad, that was just sad. Coming from someone of that calibre”.

On spending the prize money of N25m within a week, if she has won, Tboss reiterated on her statement.

She said that she had planned to take her mum on an all expense paid holiday, get her dad something lovely, give her five god-children good education and then if anything is left of it, she would buy herself a Chanel bag.