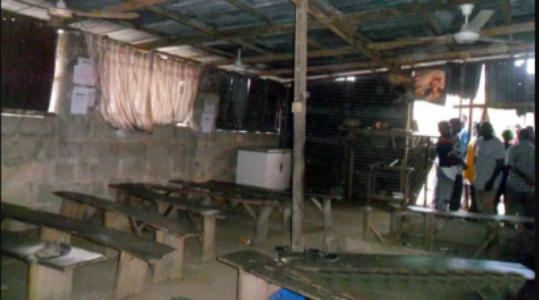 Some days ago we posted about the tragedy that occured at a football viewing center  Calabar during Manchester United match with Anderlecht which left over 30 viewers dead. It's not l ikely you missed that news, but in case you missed it, Click HERE for it.

Here is an update to the news:

According to new reports, there was a first “warning” before viewers at the Calabar viewing center were electrocuted to death.

A source disclosed that the high tension cable first fell on top of the viewing center.. which made all the viewers rush outside.. but nothing happened..

Some  fans, however, went back inside to complete the game before the second incident happened that killed and injured several people.

According to the source,

“I was watching a match between Man United and Anderlecht around 8 in the evening and while we are still watching the match we had a sign that the high tension and electricity were sparking and one of the cables fell on top of the roof of the viewing centre,” an unnamed witness told Pulse Sport.

“People rushed out for  dear lives and at that first time, there were no casualties I was the person that leave the viewing centre last.

“Along the line, the people who were watching the match demanded that the generator  be switched on for them to complete their match and the owner of the viewing centre did just that

“People going back again into the view centre and around 15 minutes or 10 minutes thereabout, NEPA restored the light again, as NEPA restored the light again, compacting with the generator and the high tension on top of the roof, the thing sparked again and people rushed again to save their lives but along the line they were trapped at the door post by the NEPA light.”

Another eyewitness stated that “About 30 people have been confirmed dead, though it is yet to be confirmed by the various hospitals that those people were rushed to.”

Although, several tabloids reports about 30 persons lost their life, the Cross River State Police Command are insiting that only seven people died.

International bodies including FIFA and Manchester United club commiserated with the victims. 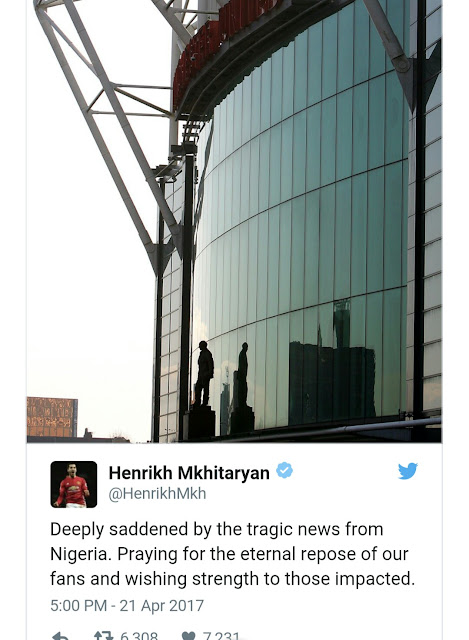 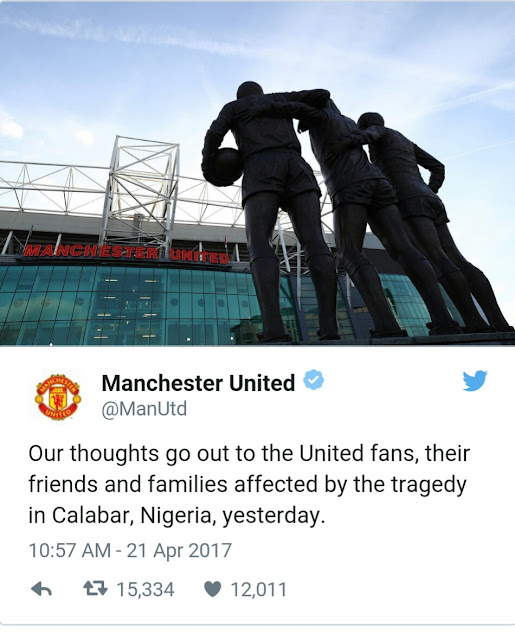 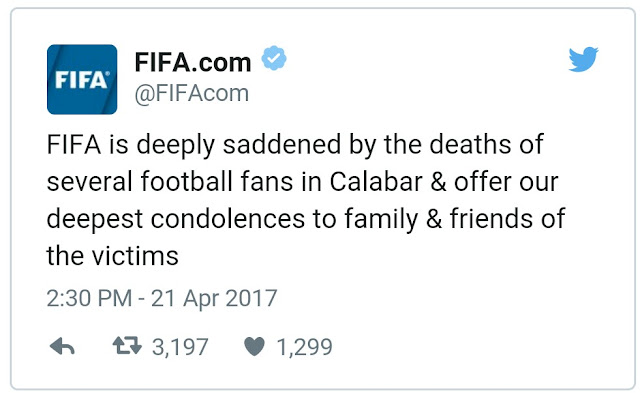