A female patient identified as Bibiana Ogunmoje has allegedly discovered the shock of her life. She went to a medical laboratory in Mushin to do a pregnancy test as suggested by her doctor.
As she entered the lab, she said she found all the workers friendly, they attended to her well. Her blood sample was collected and she was told to come back later.
On getting back there, her result was handed over to her and she just couldn't understand. She referred to the whole result as 'medical jargons'.
"Maybe my doc would be able to explain it to me'' she said. 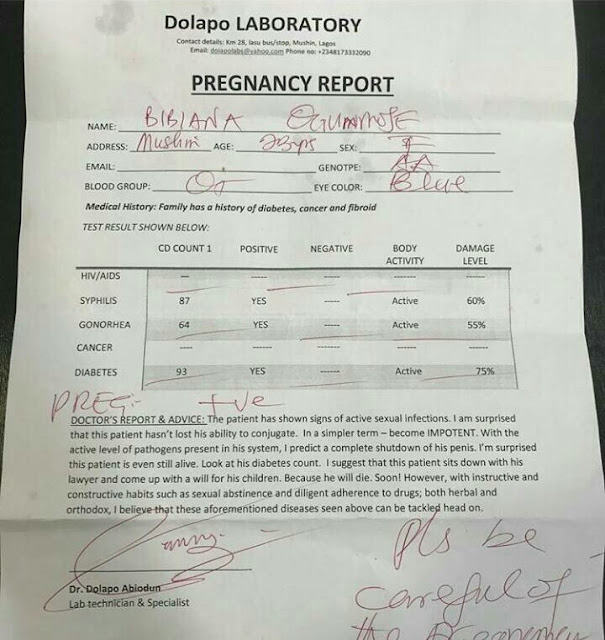 When the doc saw the report, he had to post it on social media, maybe other doctors could help him out.

The sentence 'I suggest a complete penile shutdown' and the phrase 'Diabetes Mellitus CD count 1' has got many medical doctors dying over and over again.