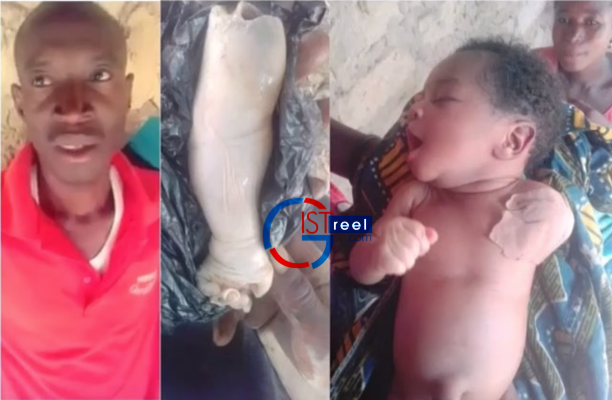 A doctor in the Northern part of Nigeria(name withheld) has allegedly caused harm to a new born baby on a case described as negligence.

According to a Facebook user, Aishat, the doctor recommended amputating the arms of an unborn baby so as to ensure that his mother does not die.

However, upon bringing forth the baby, it was found out that he is alive and healthy.

Aishat in her report wrote,

“He took his brother’s wife to the hospital and the Doctor sought and obtained his consent to amputate the child’s hand and removed the baby since according to the Doctor the baby had already died in the womb. On the medical advice that, that way the mother’s life could be saved, the baby’s hand was amputated and the baby was removed but only to realised that the baby was not only alive but healthy.

This must be investigated, it doesnt add up.”

As at the time of report, there was no information on why the mother’s life was feared to be in danger.