Female student Hospitalized after she jumped from 4th floor of hostel to escape being raped. 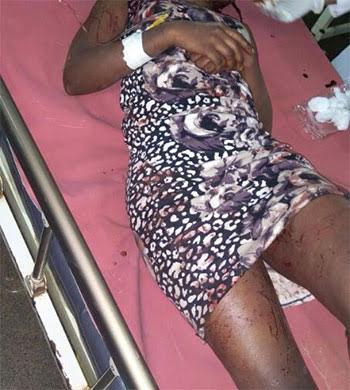 A 200 level female student of Makerere University sustained multiple fractures and injuries last Friday evening after she jumped through the window from the 4th floor of Mitchell hall to allegedly escape from being raped by a man identified as Jeremiah Mukyemu, a 400 level medical student.

Mukyemu was arrested and is now under police custody for attempted murder after he tried to access the victim at Mulago hospital where she is now admitted.

The victim, reportedly jumped out of Mukyemu’s room, B47 on the fourth floor to escape being raped. It is alleged that Mukyemu first locked the victim in his room for more than two hours before he alleged tried to force himself unto her.

With no help forthcoming, even after shouting “rape”, the female student of Drama and Film, decided to jump through the window, sustaining multiple fractures and head injuries.

Police has preferred charges of attempted murder against Mukyemu at Mulago police station.
Jude Masingano, the officer in charge of operations at Makerere University has confirmed the arrest of the suspect, saying several charges have been preferred against him.

Paul Kato, the Makerere University guild president-elect, says the student decided to exit Mukyemu’s room through the window after pleading with him to let her go for a very longtime in vain.

"I condemn what happened to the young girl. We all don't know the intentions of the male friend locking her up. But it's unfortunate for one to lock up their guests in a room for more than two hours," Kato said. By the time I visited our sister at Mulago hospital around 10pm, she was responding to treatment." he added.