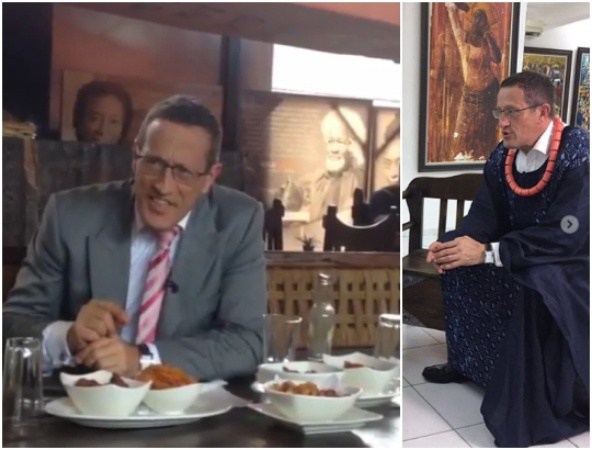 Just as we are having peace on the on and off bragging right of the Ghanaians and Nigerians over who cooks jollof rice best, CNN reporter, Richard Quest starts another war.

Richard was treated to a delicious plate of the Nigerian jollof rice which made him to tweet which was the best among the two countries.

The CNN correspondent played smart by opting out of the war, ‘I ain’t getting involved in the #jollofwar, he said.’

Trust Nigerians, they jumped on the tweet with various analysis of whose jollof rice beats the other. 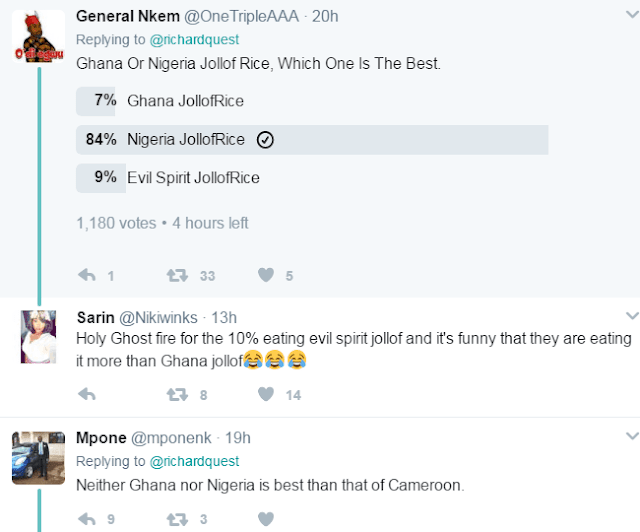 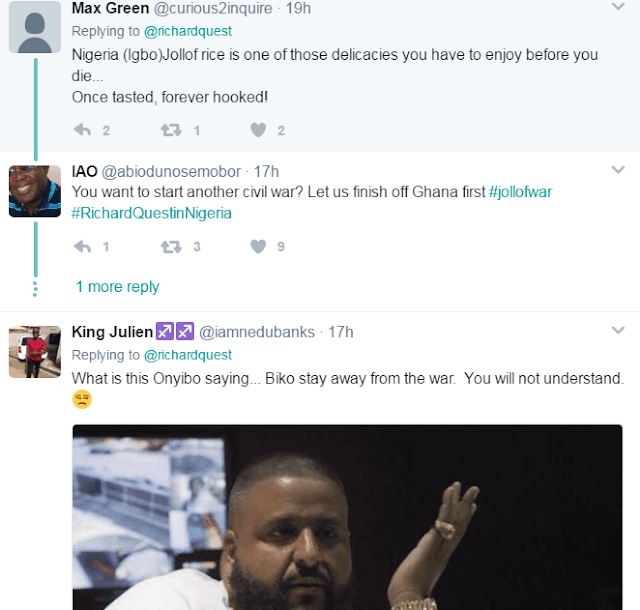 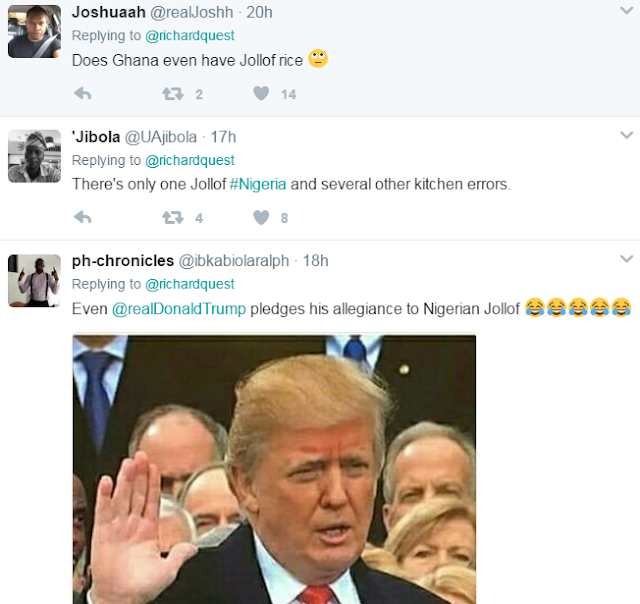 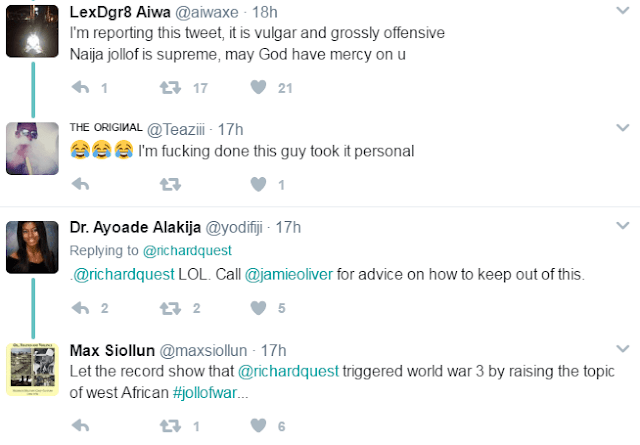 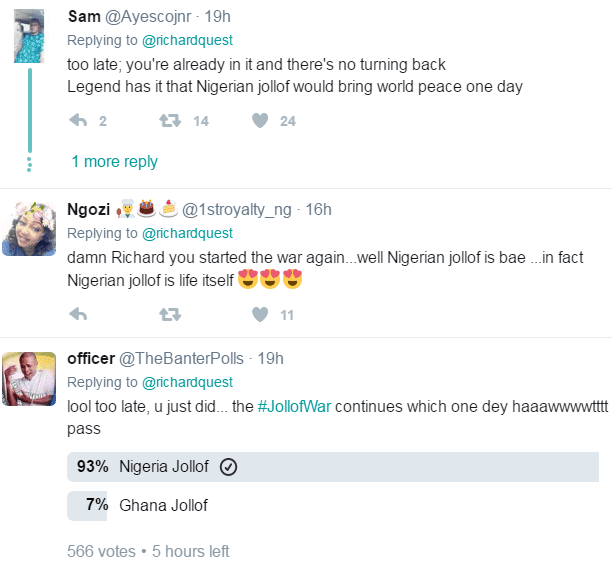 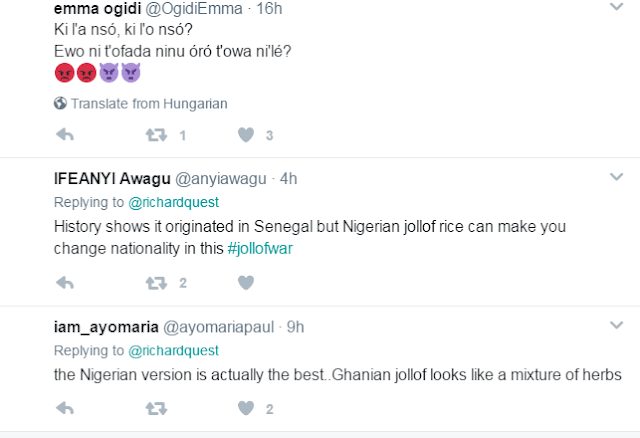 Bobrisky has shared screenshots of credit alerts he received in one day while asking his followers if they’ve made that much in their 20s. According to the unapologetic crossdresser, his goal is to make at least ?1 million daily and he meets his target most times. He went on to advise his followers to concentrate on making money rather than hating on him. Screenshots of his bank statement showed his account was credited with ?1 million at once today while yesterday he was credited with ?990,000. Sharing the screenshots he wrote: Good morning guys, what are your plans in life ? Have you ever asked yourself what you have achieve at your early 20. Many of you just want to be a follower forever praising celebrities . While some are just on Ig to open fake account just to insult you and after you block the account they open another one. Just imagine the time they are using to open those fake accounts they can make cool cash with that time they just wasted. Have you wished to be
Read more
- October 26, 2018

SIX BURNT TO DEATH IN MULTIPLE ACCIDENT ALONG SAGAMU/BENIN EXPRESSWAY At least six people were reportedly burnt to death on Wednesday in a multiple accident involving a container laden truck and two commercial buses at J4, Ogbere area on the Sagamu-Benin Expressway, as reported by News Agency of Nigeria (NAN). The Sagamu/Benin accident was said to have occurred at around 2:15 p.m. at a section of the road where there was a diversion of traffic to a single lane. Mr Babatunde Akinbiyi, the spokesperson of the Ogun Traffic Compliance and Enforcement Corps (TRACE), who confirmed the accident, said 10 others persons suffered varying degrees of injury. Akinbiyi added that the operatives of the state road safety agency at the scene, said the driver of the truck, travelling toward Benin, overtook another vehicle wrongly and rammed into one of the buses coming from the opposite direction. He said the second bus also travelling in the opposite direction, equally rammed into the
Read more

A Thai millionaire shocked the world when he made an offer online to give the sum of £240,000 and a stake in his multi-million pound fruit farm to any young man who will win his virgin daughter's love and marry her (read here). But multi-millionaire farm owner Anont Rodthong, from Chumphon province, southern Thailand, already regrets his decision as thousands of young men have applied and they wouldn't stop calling his phone. Though Mr Rotthong is no longer interested in organizing the tournament to get a suitor for his daughter, he still plans to keep the promise he made to any man who marries his daughter. He promised to waive the compulsory dowry men pay to marry a wife. In addition, he promised to give the man £240,000 and a stake in his farm. Although he has other children, including sons to take over his estate, he promised to give most of it to his future son-in-law. He said at the time he made the offer: As soon as I have an in-law, I will give up all my
Read more

The Academic Staff Union Of Universities (ASUU) has commenced an indefinite strike. According to the chairman of ASUU at Obafemi Awolowo University, Adeola Egbedokun, the strike is total and indefinite until the union’s needs are met. The strike is to protest the poor funding of Nigerian universities and alleged plan by the federal government to increase students fees and introduce an education bank. Led by its National President, Biodun Ogunyemi, ASUU declared the strike at the end of its National Executive Council (NEC) meeting late on Sunday. Weeks before the strike was announced, Mr Ogunyemi explained in an interview with PREMIUM TIMES why the lecturers were opposed to an education bank. “The Nigerian government experimented with it for 7-8 years; it failed. “So government had to set up a ministerial committee at the federal executive council to go and wind up the national education banking plan in 2001/2002, something they started in 1993. So for seven to eight years, the e
Read more

Many die in Abeokuta/Sagamu Expressway accident

No fewer than 12 persons were confirmed dead in an accident involving a black Kia Cerato car and a grey Toyota Sports space bus around Shiun area on Abeokuta/Sagamu Expressway on Sunday. The Sector Commander, Federal Road Safety Corps in Ogun State, Mr. Clement Oladele, confirmed the incident to newsmen in Abeokuta. Oladele, who said that the accident occurred around 1p.m. , said that it was caused by the car marked KJA 806 BT which was on high speed when it suffered a burst tyre. “The driver was suspected to have applied brake suddenly, which made him to lose control. “This led the speeding car to climb the road divider to the opposite direction where it collided with the passenger bus. “The bus with registration number LSR 334 FF was traveling from Abeokuta toward Sagamu. “The unfortunate crash killed all the occupants of the two vehicles . “Twelve persons who were involved in the crash – five male adults, six female adults and one child,” he said. The FRSC boss explaine
Read more

One person killed, 17 others abducted as gunmen raid a church in Kaduna during choir practice

At least one person was killed and 17 others abducted when gunmen attacked some communities in Kaduna State on Sunday. The church attack was carried out on the Evangelical Church Winning All (ECWA) while the villages affected are Dankande and Dogon Dawa in Birnin Gwari local government area and Guguwa-Kwate village and Rigasa area in Igabi local government area of Kaduna state. In Dankande, a witness said over 20 gunmen surrounded a church where a choir rehearsal was going on. The witness said, “It was at about 12:30 midnight. We had a combined choir practice in the church with other neighbouring communities. We normally hold  the combine choir practice from 9:00pm to 1:00am. As we were in the church, the armed men numbering over 20 just surrounded the church and started shooting. Everybody was terrified but there was no how we could run because they had already surrounded the church.” A community leader in Guguwa-Kwate said his elder brother's son was in the church
Read more 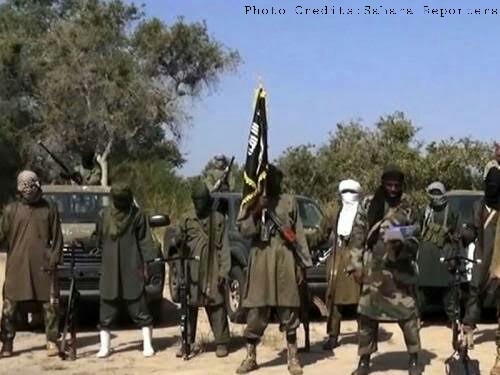 Just 2 hours to the Presidential election Borno state capital Maiduguri and its environs are under severe attack with several heavy explosion and gunshots in the city, the residents of Maiduguri are currently in panic as series of explosions have rocked the city all within ten minutes. The explosions, seven of them, began at around 5:50am and ended a little around 6am on Saturday 23/02/2019. Residents are worried about their safety, especially with the presidential and National Assembly elections scheduled to begin in less than two hours. As at the time of filling this report we cannot ascertain the numbers of casualty in the several latest attack
Read more