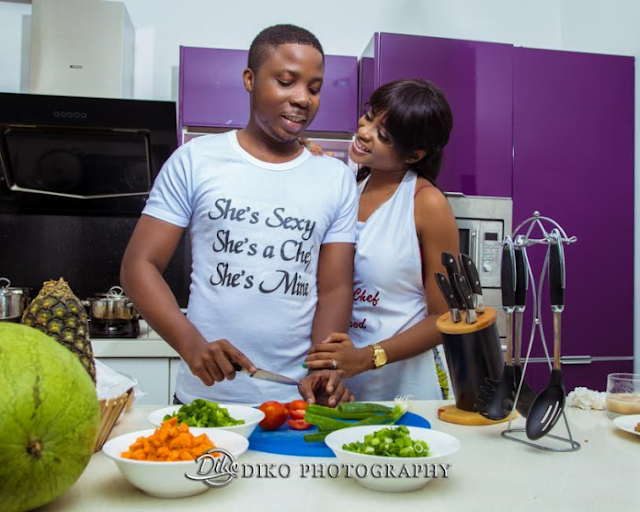 Nowadays pre-wedding photo shoot can be done anywhere. Some in the hotel, some under the bridge, some on the field, some on the walkway, bedroom, virtually anywhere. But this couple have blown the mind of nigerians by having a photo shoot right in the kitchen which some nigerians have described as "extreme love for food.'' 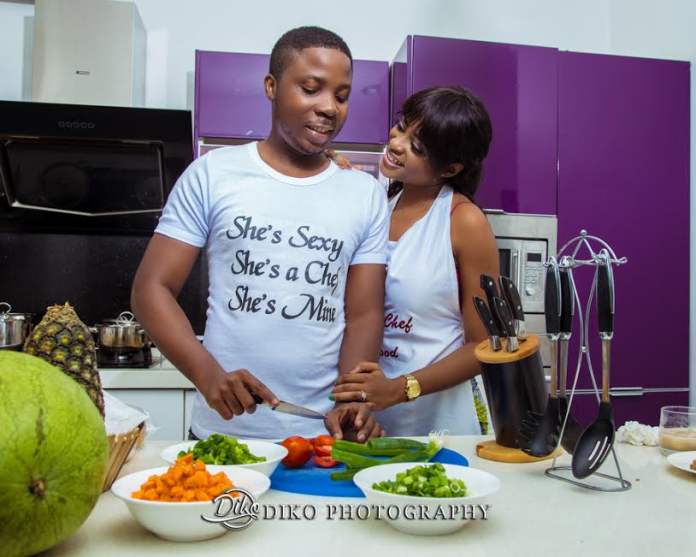 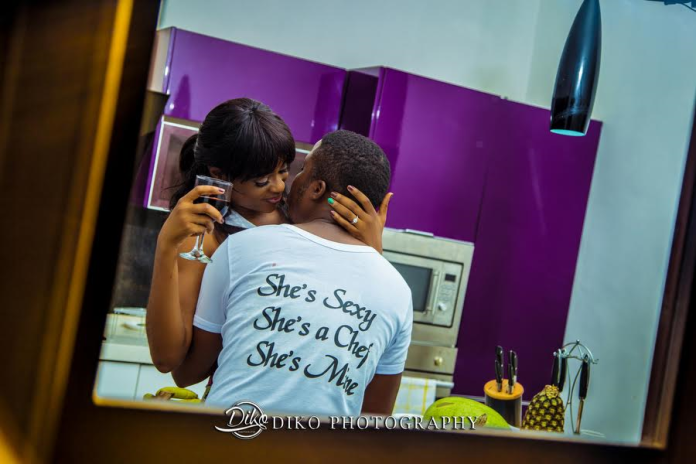 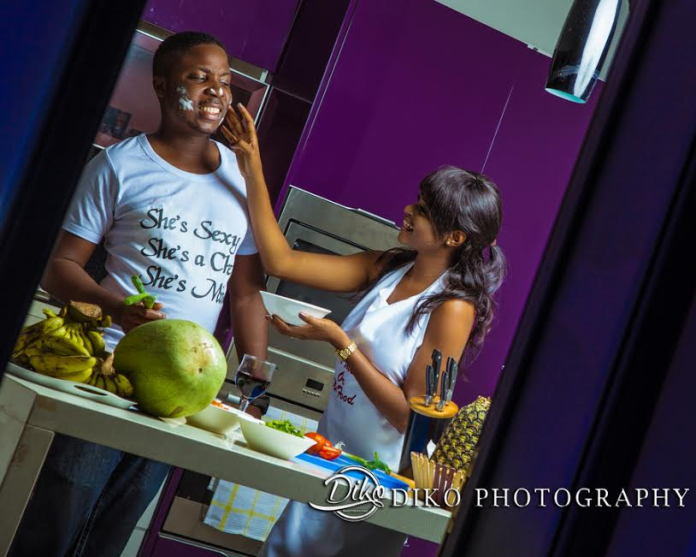 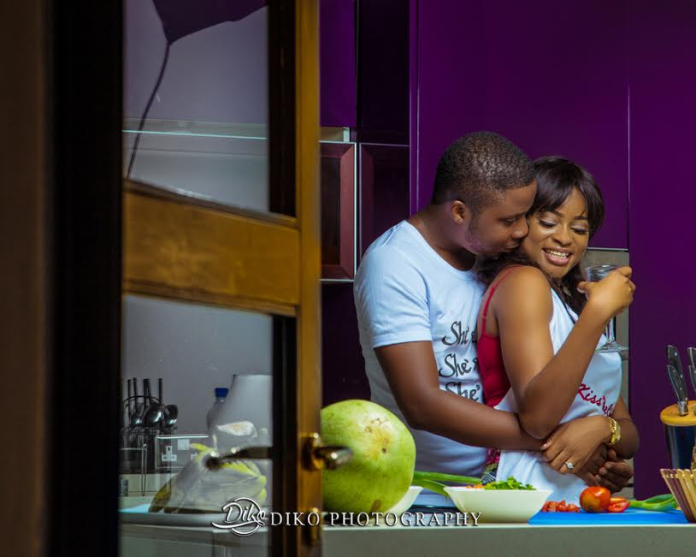 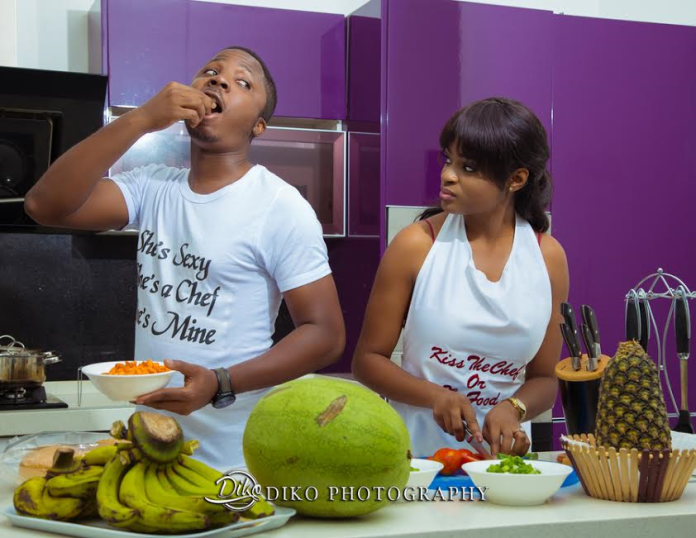 How they met? Fola narrating..

" I met Efe through one of my friends . We spoke on the phone casually once or twice in 2014 before we eventually met in January 2015. I constantly stared at and admired her Instagram photos. Her cooking skills and food pictures always made me so hungry. After I met her, I already knew more about her than she thought I did including the fact that she was going to be my wife"

"We became close friends and she constantly blew my mind away with her future plans and ambition. For someone I am 7 years older than, she had her life way more figured out and organised than me"

"I asked her out several times but she kept saying she wasn’t ready, so i decided to start calling her my wife whether she liked it or not"

"Efe is my best friend, my human dairy and my better half. My little spit fire and prayer warrior. Incredibly sexy, chef extraordinaire,beautiful, confident, smart, determined, unbelievably loving and tender"