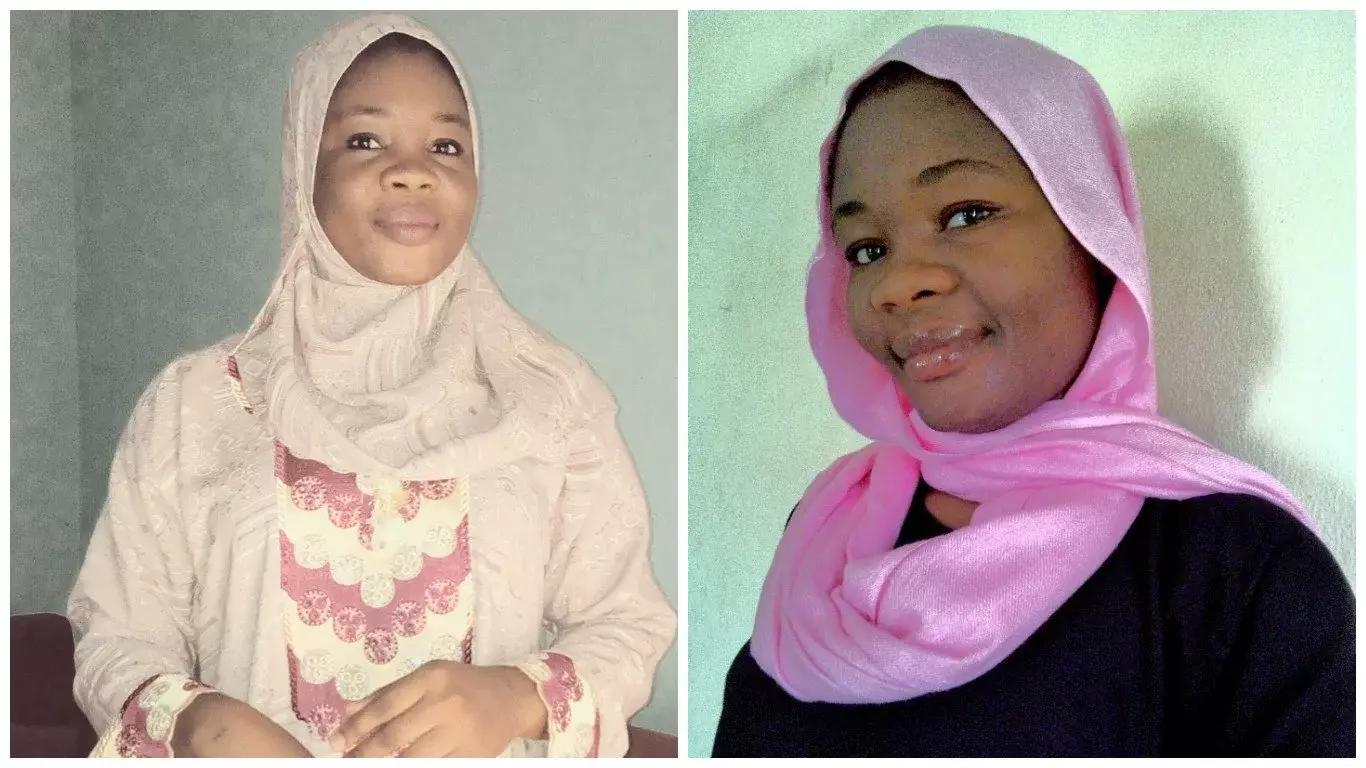 The dream of Fatimah Funmike Oyawoye when she was young was for her to become a successful career woman, but she never knew that her dream would never come true as she died untimely.
Fatimah died on Friday, April 14, 2017, after she returned from a journey where she went to hunt for job. She complained of body pain and headache and she was given some treatment, but passed on in her sleep. She was in a popular town in Kwara state called Offa, Fatimah is the only female child to her parent and they did all they could to support her education. She was aged 27. 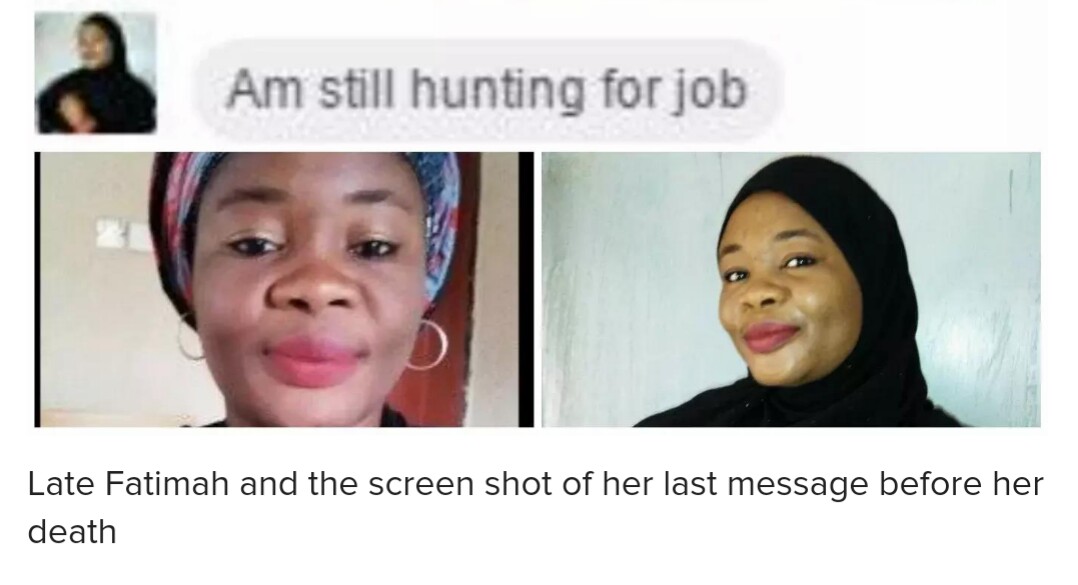 Fatima started her career at Adeola model school in Offa, Kwara state and after then proceeded to Offa Grammar School where she graduated as one of the best science students. After she graduated from secondary school in the year 2003, Fatimah's parent relocated to Kaduna state where she was later admitted into Kaduna state polytechnic where she studied Applied science/Chemistry.

Fatimah has been looking for a nice job since she completed her NYSC scheme in 2013, and she never got a job of her choice till her final breath on earth. 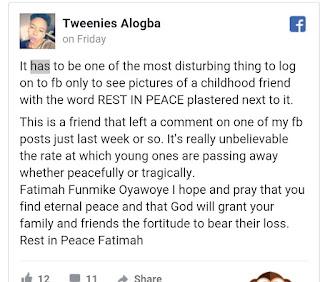 She has been buried according to islamic rites