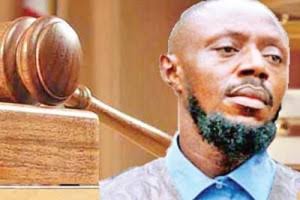 Chukwuemeka Ezeugo a.k.a. Rev. King is set to be executed alongside other inmates on death row in a Lagos State Prison, on an instruction from the state’s Governor, Akinwunmi Ambode.

The state’s attorney general and commissioner for justice, Adeniji Kazeem made this known at a news conference on Tuesday, April 18th.
Adeniji said that the state had begun reviewing the matter after prison officials complained of the highhandedness of some death row inmates who felt that they had certain rights which excluded them from being executed.
The Attorney-General assured that, unlike previous administrations, Governor Ambode would sign the necessary documents to execute those on death row.
Speaking in a PM News report, Kazeem said, “Very soon, you will see the action of this government on that issues, we are reviewing the case on Rev. King and others on death row.
He added, “Lots of people are on death row, Rev. King is not the only one on death row, it is on the instruction of Ambode that I visited the prisons recently and I discuss the issue with the prison officials and they expressed their concerns.
“We are moving in that direction of signing. The prison officials said we need to look at that seriously. Those on death row are beginning to think they have some rights. We are going to move in that direction, you will hear from me, but I will not tell you the exact date.”
The Supreme Court had on February 27, 2016 affirmed the death sentence passed on King by the Appeal Court. 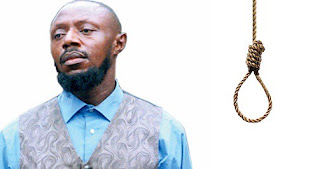 The condemned pastor or reverend was arraigned before the Lagos High Court in Ikeja  September, 2006, on acount of murder of a member of his church, Ann Uzoh, and attempted murder of five other members.
He was said to have poured petrol on the deceased and the five other victims and set them on fire for allegedly committing fornication.
Uzoh died on August 2, 2006, 11 days after the incident, as a result of the injuries which she sustained from the burns.
The trial judge, Justice Olubunmi Oyewole (now a Justice of the Court of Appeal), had in his judgement delivered on January 11, 2007, convicted Ezeugo and sentenced him to 20 years imprisonment on each of the five counts of attempted murder and death sentence for murder.