Skip to main content
- April 20, 2017
Youth corper asked for a selfie with Governor Fayose and got immediate employment 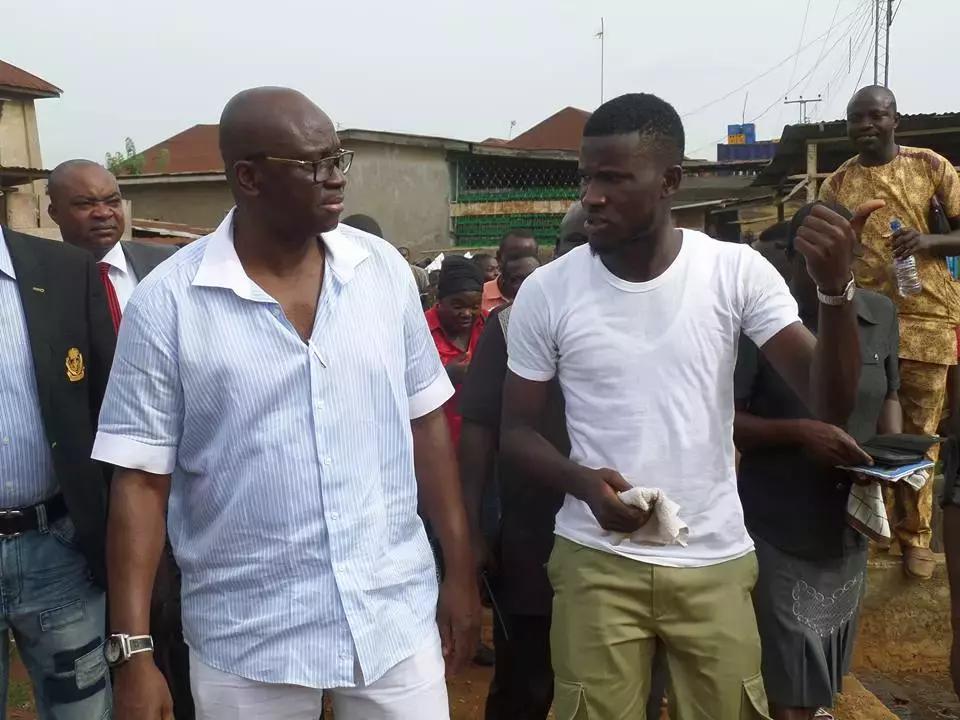 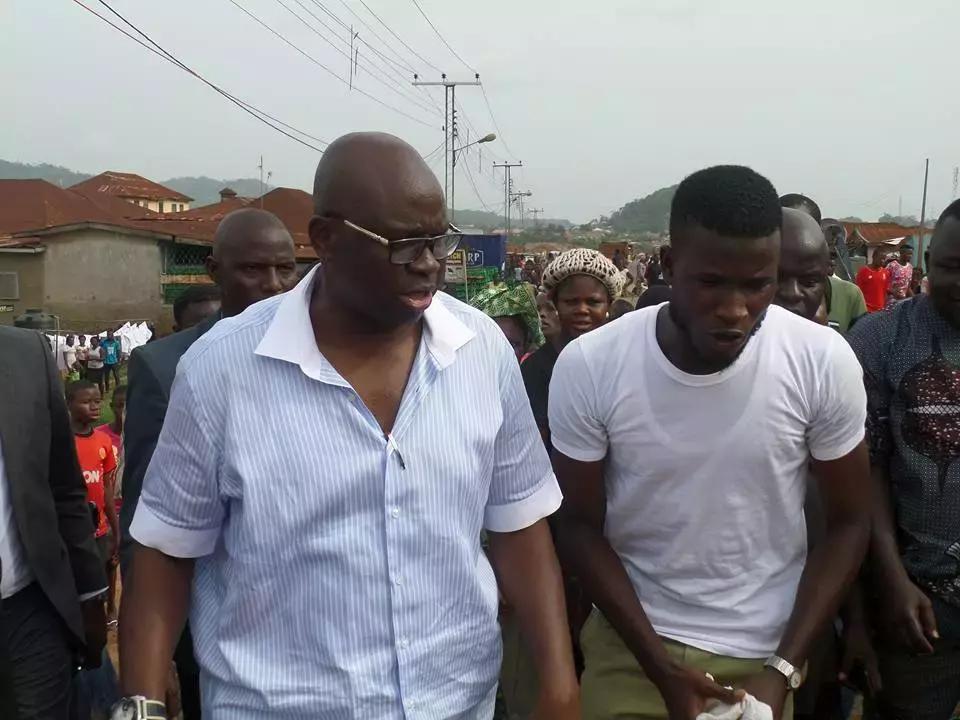 Nysc member serving in Ekiti state has landed a dream job after a chanced meeting with the governor of Ekiti state, Ayodele Peter Fayose. According to Bola Agboola, one of the governor's aide who narrated the incident as an eye witness, "Osamwonyi Bright Osas is a graduate of Political Science and Public Administration who is observing the mandatory one year National Youth Service Corps(NYSC) programme at the College of Education, Ikere-Ekiti

He asked the governor to take a picture with him after a brief introduction of himself - In response, the governor offered him an automatic employment

"Governor Fayose had finished the supervision and was on his way to his bus when Osas accosted him, "good afternoon Mr. Governor, I am a native of Edo, I relocated from Adamawa to Ekiti State because of my love for you, I follow everything you do religiously online, I love you so much and I pray God take you higher and higher.
"I graduated from UNIBEN with a first class in Political Science and Public Administration, one thing I pray thee Sir, please allow me snap with you Sir", Osas who was in NYSC outfit begged.
"Without blinking an eyelid, the governor obliged and photographers did the needful. Immediately after this, the unusual happened, "go to the provost tomorrow, tell her I asked her to give you automatic employment", Mr. Fayose said. 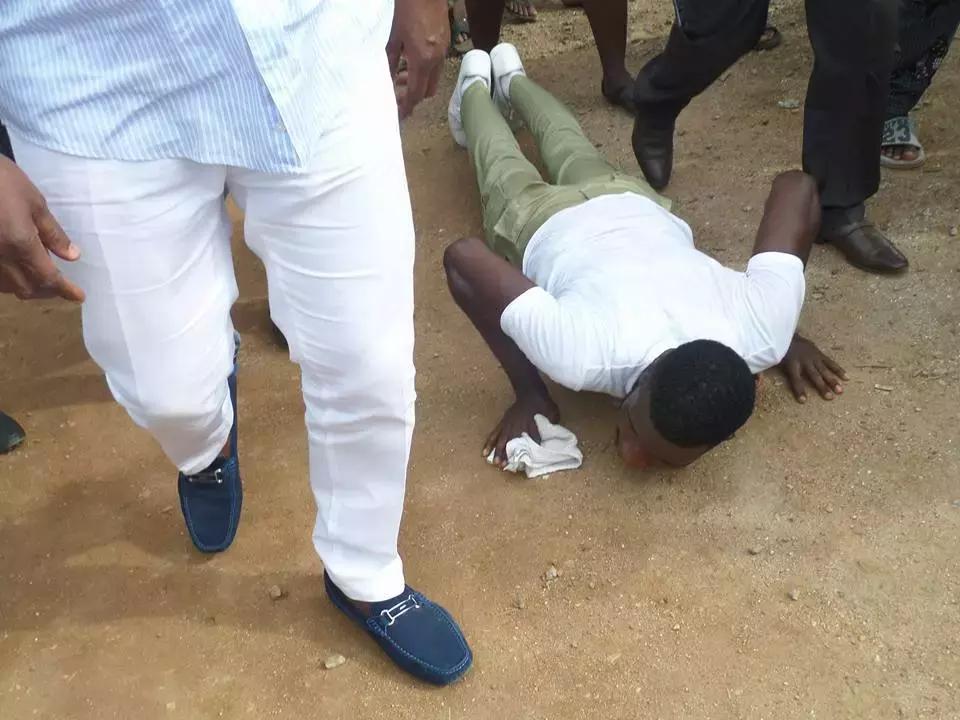 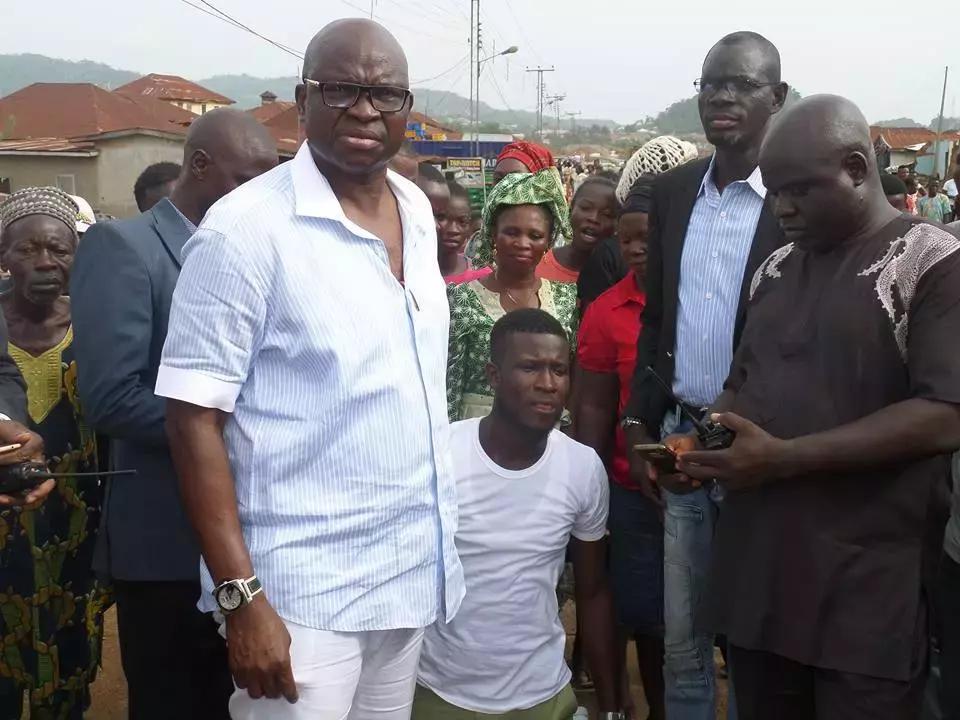 Speaking with newsmen after the encounter, Osas said "I am overwhelmed seeing the governor of Ekiti State today, he's an amiable leader and he is so down to service, when I was in school as an undergraduate I do read many of his speeches on what governance should be, on how to move Nigeria forward.

"I learnt from him that for you to rule successfully, you must appreciate the common man, he is a very good friend of the masses, seeing him come so close to the people inspires me, I was just coming from my CDS now and I saw him here, I was so happy and I said I must see him before he leaves and that was why I accosted him