Skip to main content
- May 11, 2017
Comedian Bovi replies Nigerians who told him to apologize for his jokes. 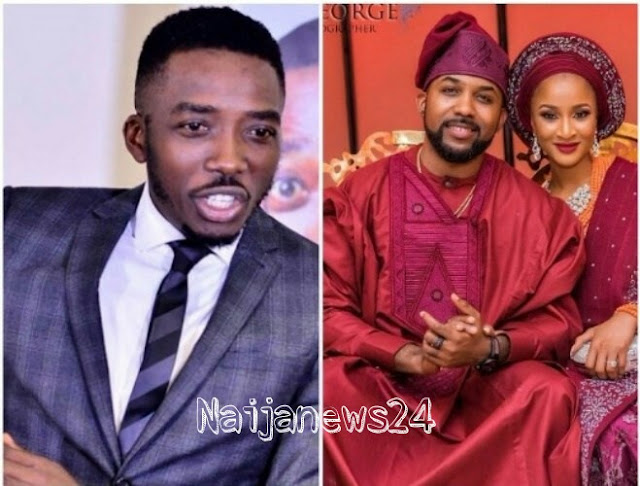 Comedian Akpos now popularly known as Bovi has been put on fire over his show 'Man on Fire'
He has been put on blast by Nigerians for his jokes about Adesua Etomi and Banky W.

During the show, Bovi made several jokes about Banky W and Adesua Etomi including the part about the singer being friend zoned, and how he mispelt 'marry' when he asked Adesua Etomi 'Will you maary me?'. He also made jokes about a host of other things.

Nigerians have called on Bovi to apologize for this. But instead of apologizing, he took to his instagram page to reply them. 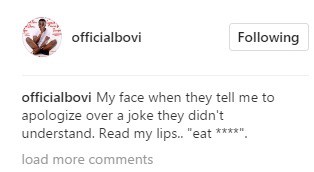