Skip to main content
- May 10, 2017
Corpse refused to be buried until he made them identify his killers. 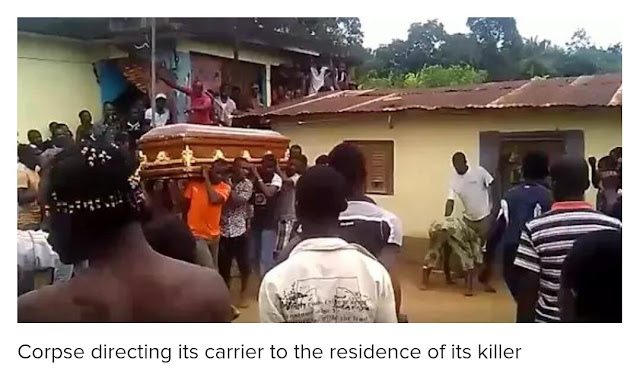 Well, the village is unknown, but of course it happened in Nigeria.

A man named Hagra Tembo has posted the video online of how a man who was obviously killed has been refusing to rest until his killer was identified. He was seen in the video turning the undertakers left and right, right to left and hitting both the coffin and the undertakers against the wall of the house where his killer lives.

People were shocked because nobody has seen such before. The undertakers really went through hell. Sure they haven't got such contract before throughout their years of experience in undertaking.