Skip to main content
- May 22, 2017
Housekeeper opens up on how Actress Moji Olaiya died 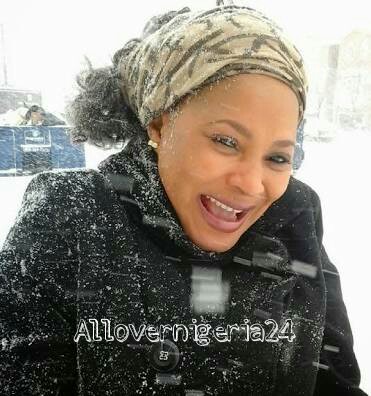 Since the news of the death of Moji Olaiya came out, Nigerians have been in shock, and condolences and tributes have been poured out day in day out.

Her last post on instagram came like eighteen hours before her death. She wrote, “Hello fans, Okiki app is now on Apple App Store. Watch movies from me and other great actors and actresses for free.”

But before that she had posted two days earlier, sharing a picture where she looked slimmer and wrote:

“Alliamdulilahi to you Allah I give all the glory for all you have done. I will forever praise and worship you. It’s not by power but the Grace of Allah. Thank you for the gift of life. Thanks also to all my friends and family my fans for your supports and prayers. Love you all.”

Her friends and Co actors frowned at the fact that her picture on death bed was released.

More information about her death has been released, although no official information has been heard from her family.

According to Premium Times, Olaiya’s housekeeper, Mrs. Keji, who also identified herself as a close friend of  Moji Olaiya has said most likely the cause of the actress death is spiritual attack.

According to her, in the last three days before she died, the Moji had placed several calls from her base in Canada to complain of not been comfortable.

“Her baby was born premature— her Estimated Delivery Date was  May 2017 but she developed complications which made the doctors induce labour in her for the benefit of her baby and her. But she hasn't really felt good since her delivery.

She said that around 10p.m (3a.m. Nigerian time) “Her blood pressure shot up and she became unconscious. An ambulance was called. She was taken to the hospital, But her case worsened and she died before they could make it to the hospital"

Although, medically the diagnosis is Sudden Cardiac Death, but her housekeeper has said it's most likely a spiritual attack.

Meanwhile Governor Fayose has agreed to sponsor her flight from Canada to Nigeria, for proper burial rites.