Skip to main content
- May 19, 2017
"They found only a packet of Cigarette with me" Driver tied to a moving police van. 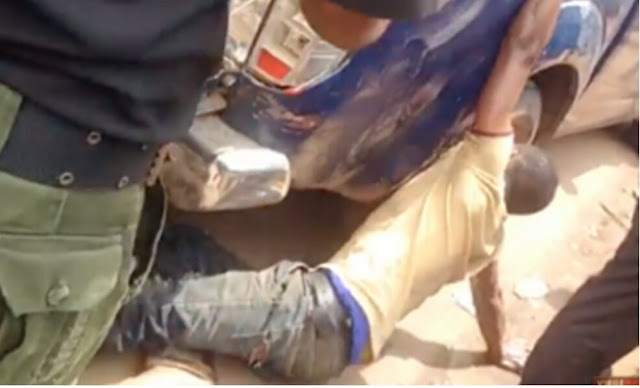 The bus driver that was tied to a moving police van in Benin has said that the police officers only found an empty packet of cigarette on him.
He even said that the policemen seized his phone and the 3000 naira they found on him and since then, they have not returned it back to him.

The Assistant Inspector-General of Police, Zone 5, Benin, Mr. Abubakar Mohammed, has ordered the detention of the policemen involved in this degrading action saying that the policemen's conduct is not a representation of the ethics and core values of the Nigeria Police Force. He said  the men's conduct is not fair and violates the principle of democratic policing, adding that the  ZCIID, had commenced investigation into the matter.