Skip to main content
- June 05, 2017
My wife's mother always tells me not to kill her daughter with sex-- Man tells Court 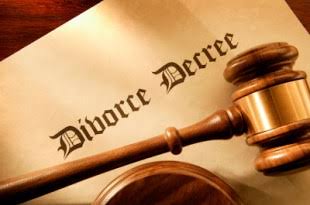 “My children will never inherit my property either dead or alive if my wife divorces me,’’ Amidu Olalere,a trader told an Igando Customary Court,while responding to a divorce suit filed by his wife, Adeola, for the dissolution of their 11-year marriage due to constant beating.

Olalere had accused his wife of starving him of s*x, saying anytime his wife denied him of s*x, he would go to his wife's mother  to report but the mother would always ask him how many times he would be having s*x with her daughter.

He said she would always tell him not to kill her daughter with sex, instead of advising her.

Aminu said his wife and children moved out from his house, packing to her mother's house and her mum would always curse him if he tried to call her.
He said there was a day she cursed him and he had to curse her back saying thunder would kill her.

Aminu also said he doubted if he is actually the father of her 4 children, because anytime they have a fight, she would always say all her children are not his.

However, the husband pleaded with the court not to dissolve the marriage, saying he still loves her despite all these.

The wife had earlier accused her husband saying he has always been beating her even if her offense is very little. He said there was even a time she fainted and was hospitalised for 4 days following an episode of beating. She said none of his family members came to see her while on admission 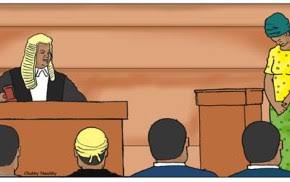 “I am no longer interested in the marriage!!!” She lamented

After listening to the submissions of the couple, the President of the court, Mr Adegboyega Omilola, adjourned the case till July 25.