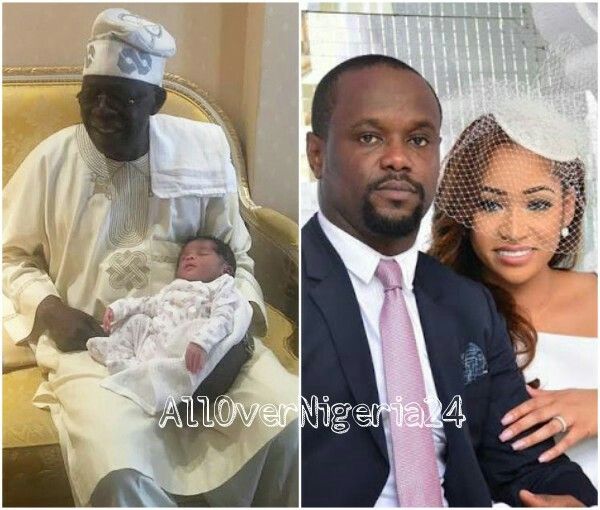 Former Lagos state governor and APC National leader, Asiwaju Bola Ahmed Tinubu is a grandfather as he welcomes his granddaughter.

The one time senator's son, Seyi and his wife, Layal welcomed their baby girl on the second of June, 2017, and named her yesterday Amira. Her other names include Titilayo Noella Rose Simisola Ashabi Tinubu. Lovely names indeed.

Asiwaju Bola Ahmed Tinubu flew to the UK for the naming ceremony which took place in New Cavendish, London.

Asiwaju Tinubu could not contain his joy as he cradled baby Amira to himself. 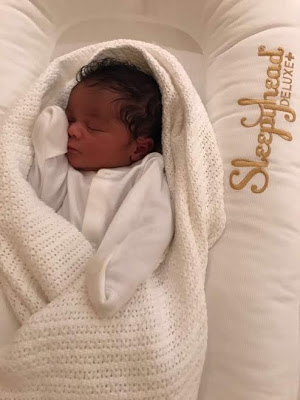 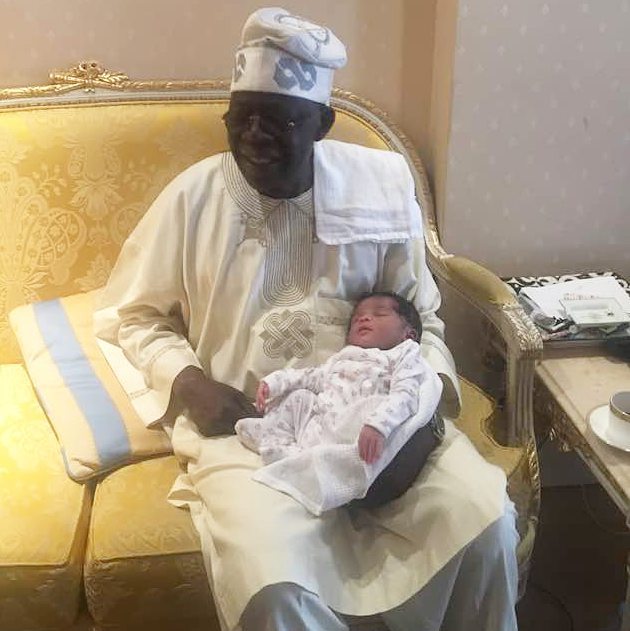 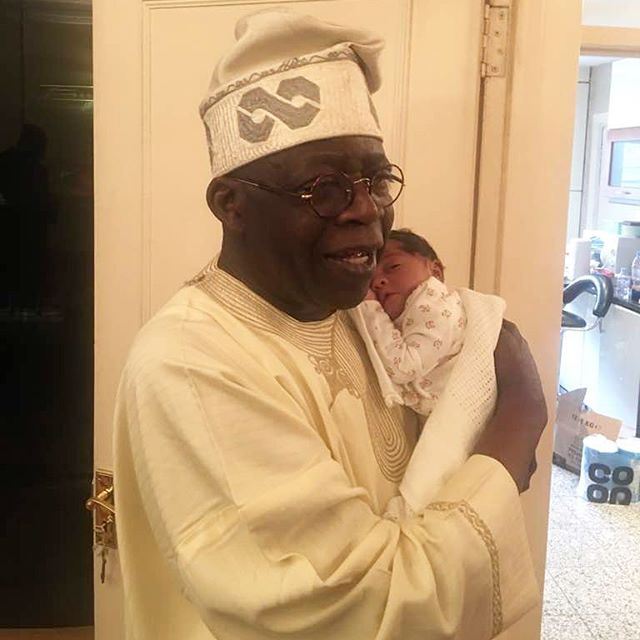 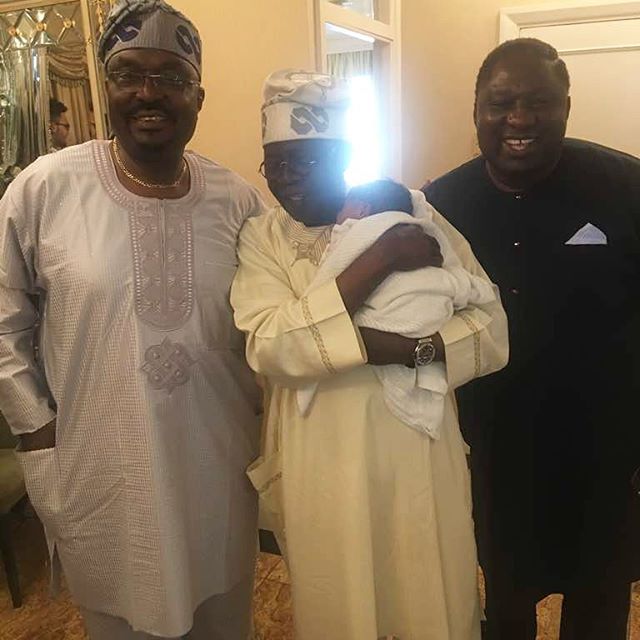 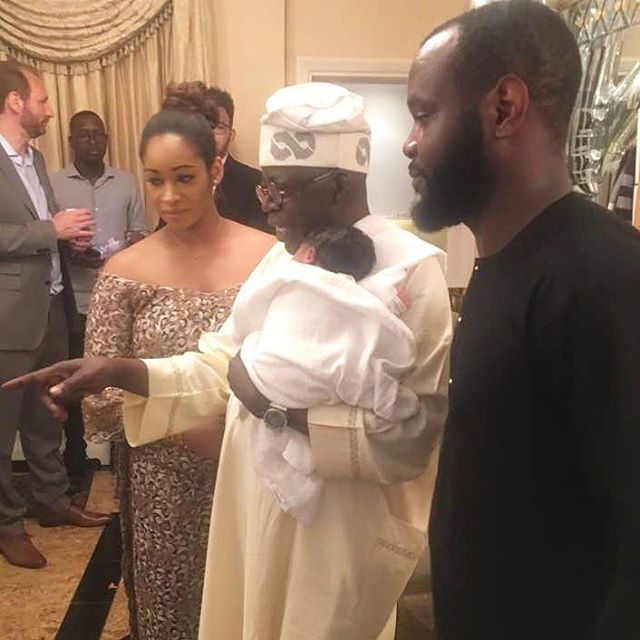 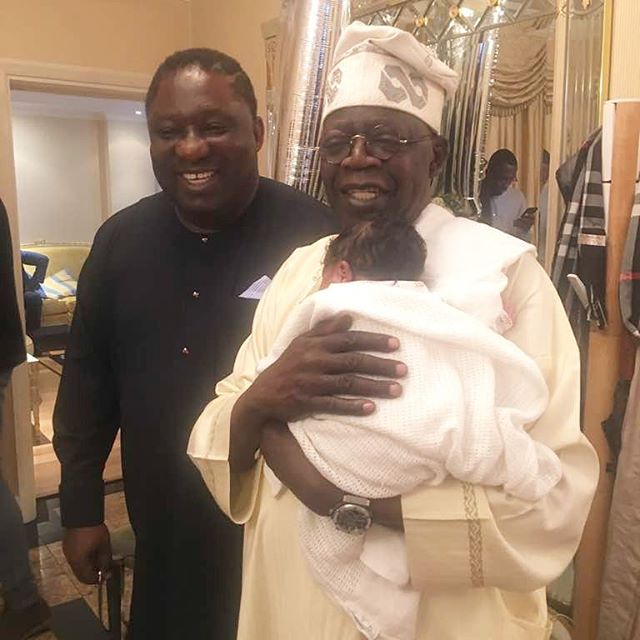 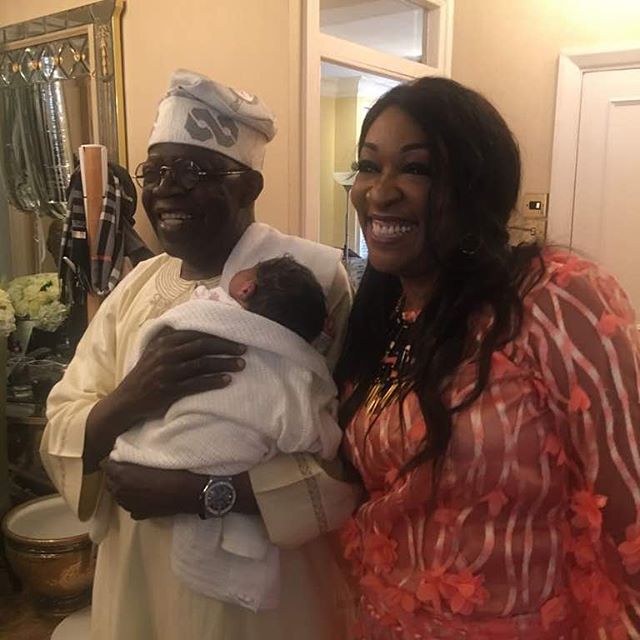