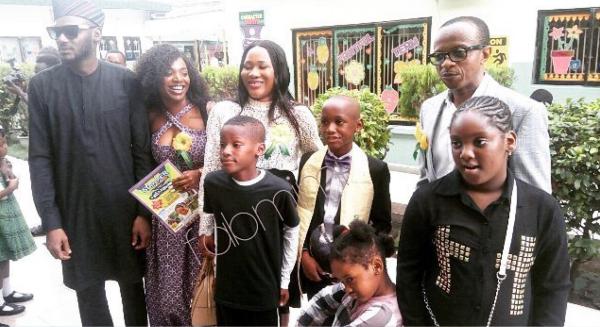 Nino Idibia, Tu baba's first son celebrated his graduation from primary school. The Graduation party was quite elaborate and was attended by his mother, Sumbo Adeoye and his step mother, Annie Idibia,  and of course his father.

The award was presented to him by his dad, Tu baba,  who was so proud at his son's achievement.

There was photo spree after the event as his parents, friends and teachers took turn to take pictures with him. 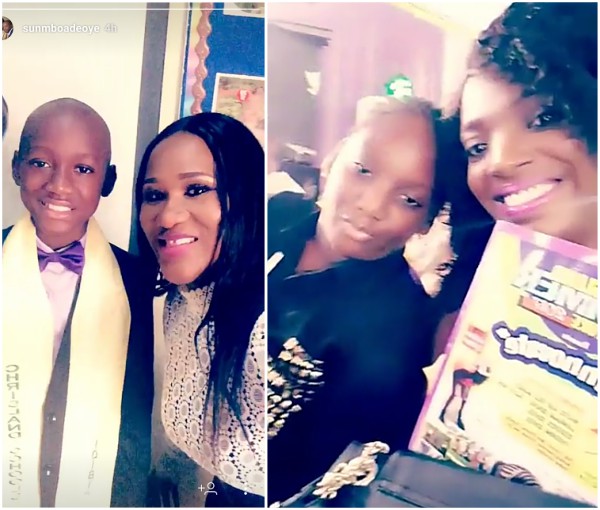 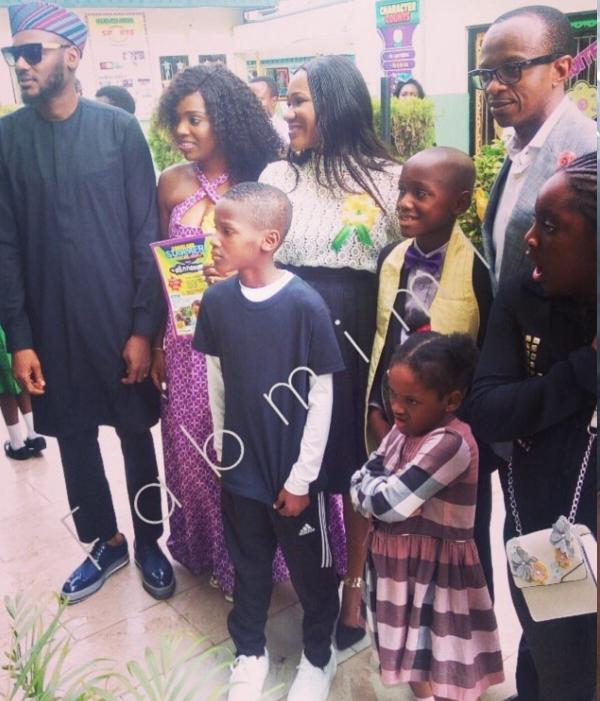 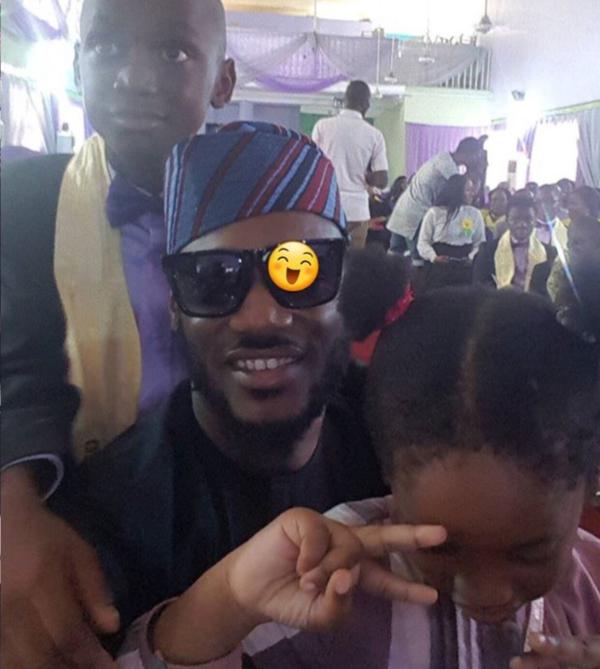 His siblings in attendance include Olivia Idibia and Isabella Idibia