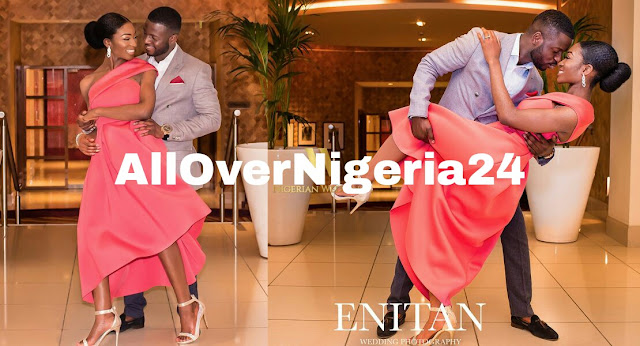 Beverly and Habib met in London at Queen Mary University, and every since then their love for each other has been growing and growing to a point where they can't just do without themselves and therefore are ready to spend the rest of their lives together.

Their Pre-wedding photos captured by Enitan Photography warmed our hearts and made every single one of us aspire to get married soon too. They took different pictures at different times and with different outfits. 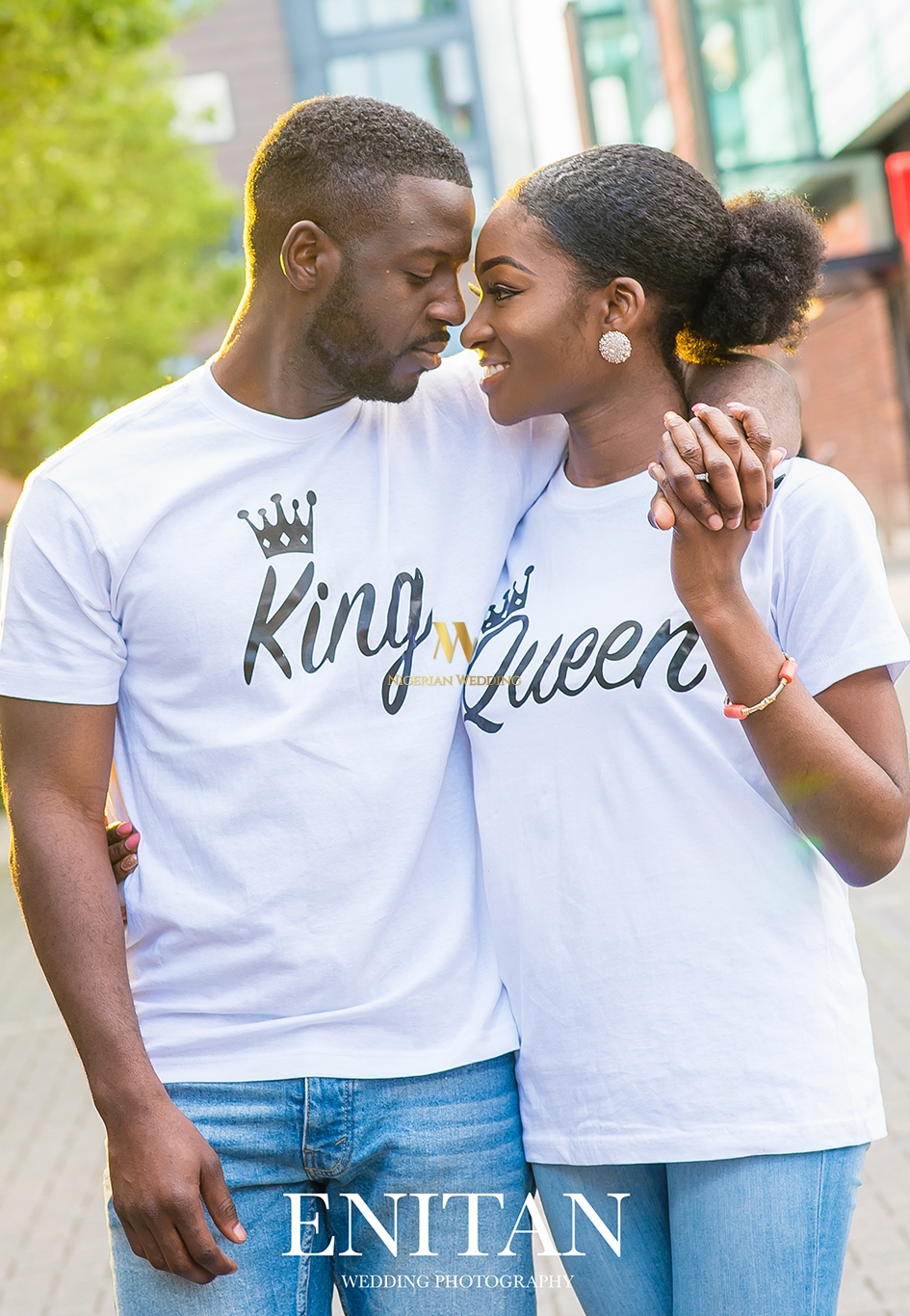 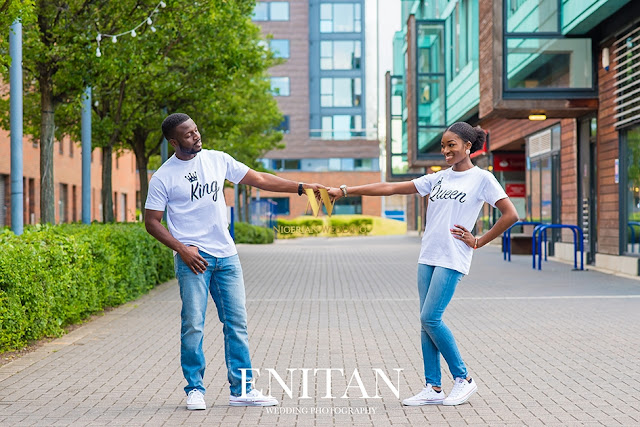 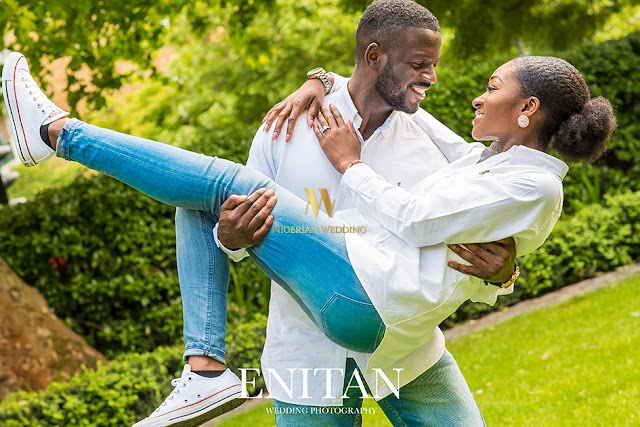 Beverly couldn't stop relating how Habib proposed to her. She still remembers that moment as though it happened yesterday. It usually gets her smiling and it also got us smiling too when she narrated it to us. Everybody reading this love story too won't have any other option than to have this smily face.

Read the proposal story below as narrated by Beverly :
"We had a mini break,  so Habib and I suggested going to Palma de Mallorca, Spain to enjoy the break.
Habib suggested going for a beach walk after dinner that evening, and I agreed without even thinking twice"

"When we got to the beach,  he asked me to wait somewhere,  at a particular spot under a little tree hut, with my back turned on the beach and told me not to turn around so he could actualize his plans. I stood there listening to the waves and I kept wondering what he was up to… Was it a treasure hunt or something? I kept asking myself series of questions"

"After some time,  he came to meet me and told me to follow his instructions while my eyes still remained closed.
He blindfolded me, guided me to walk to a particular spot, and then turned me around a few times,  wanting to get me disorientated. I was extremely nervous and kind of afraid as my eyes were still closed."

"He then handed me a sheet of paper and told me to count from 1 to 10 and read after I counted to 10. He told me from this I would know where to find him. At this point, I was like Oh My God!!!  What The Hell Are You Doing?" 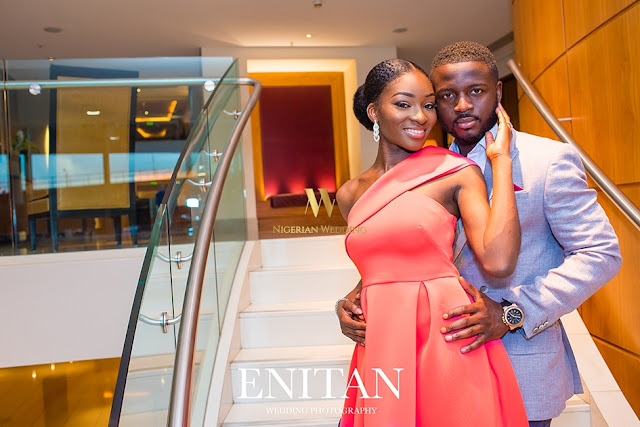 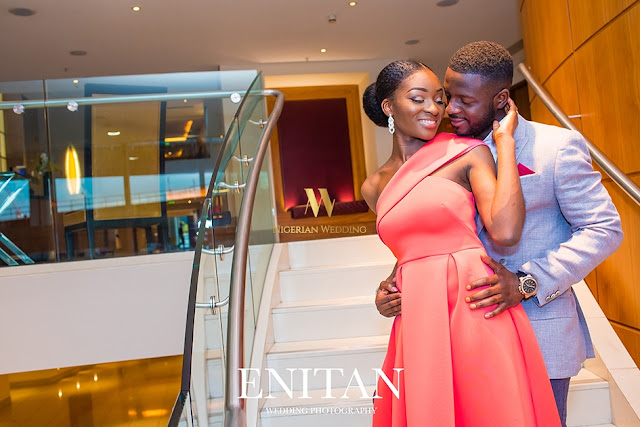 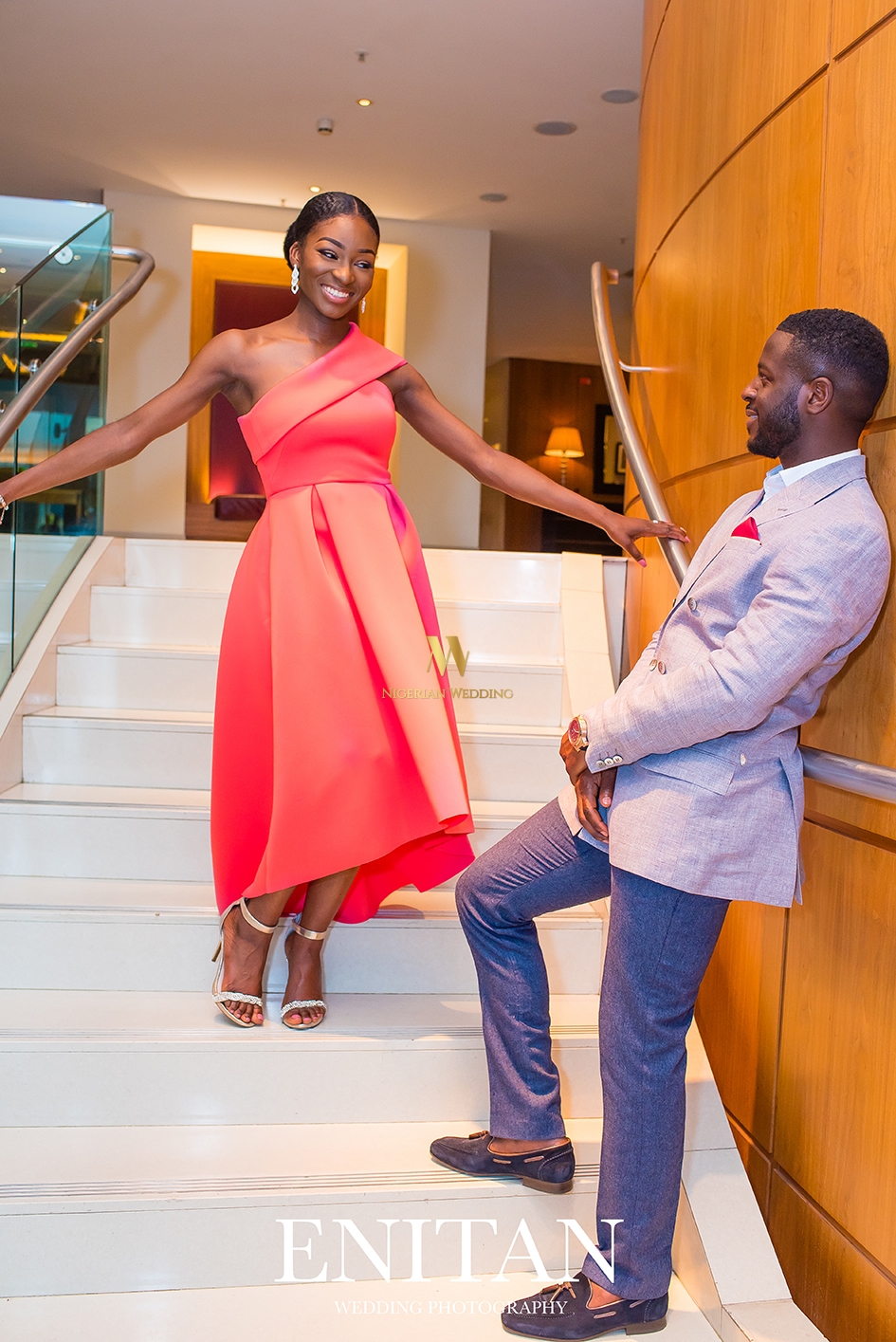 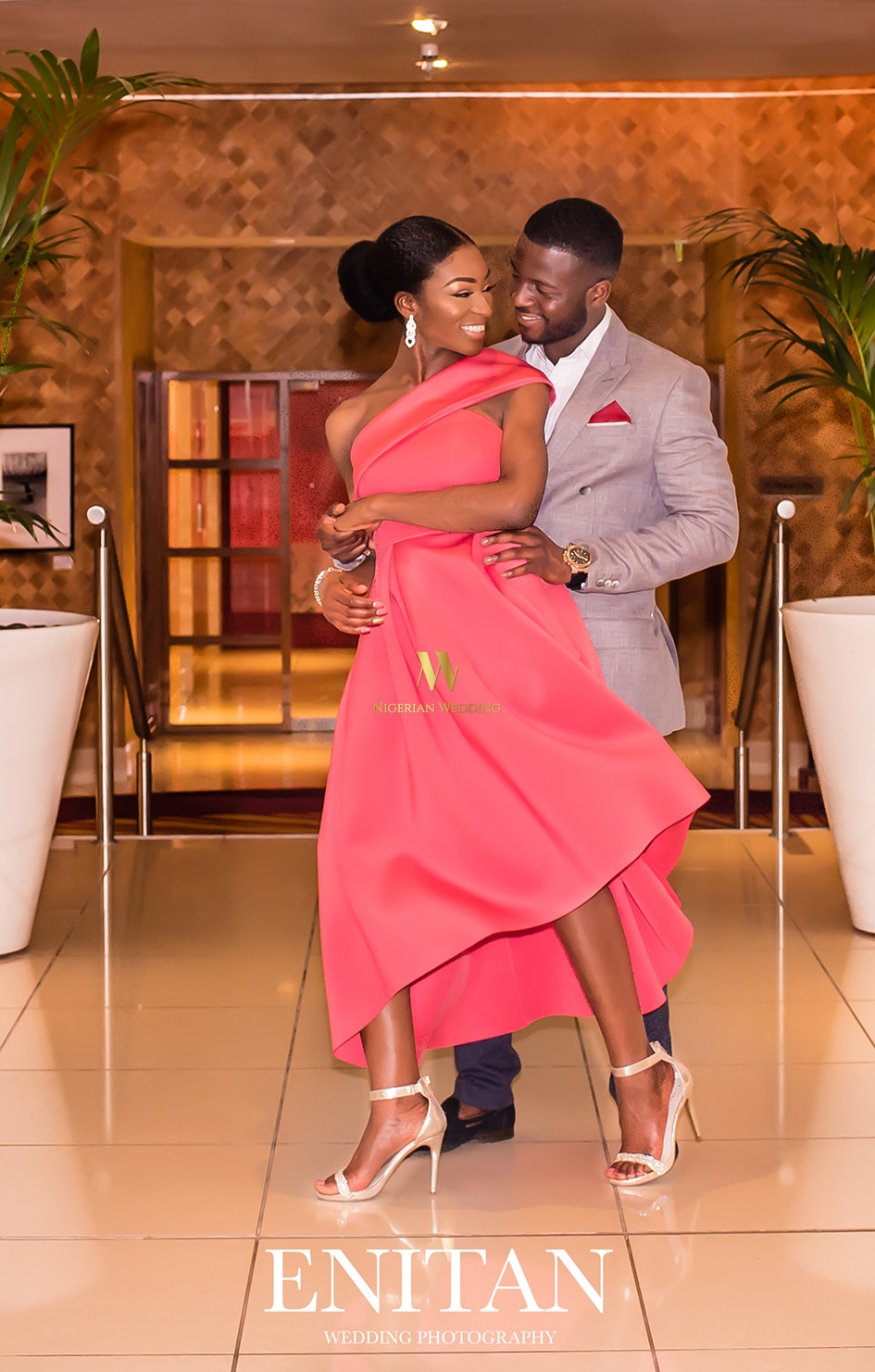 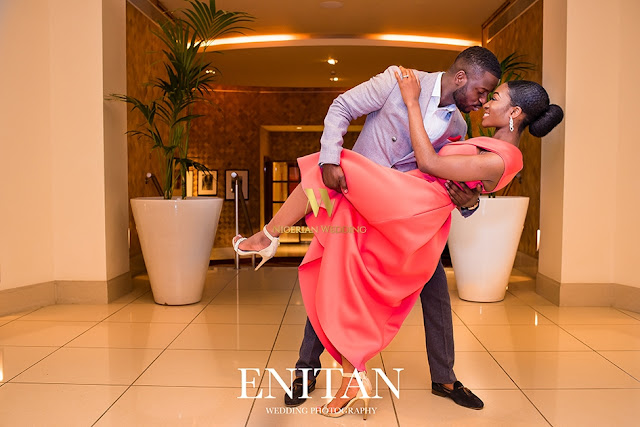 "Anyways, I obeyed him and counted to 10, opened my eyes and looked at the sheet of paper in my hand.  He had actually written down a poem in the paper. With a smiling face,  I read the poem. It got even more interesting as I approached the end. To my surprise,  the last line read “Will you Marry Me?”  He asked me to turn around, and there he was waiting on one knee with a beautiful ring in his hand."

"There were red rose petals laid out on the sand and candle lights in the shape of a heart with two framed pictures of us in the middle. I couldn't help myself from going into a shock. I just kept on smiling, but words couldn’t describe my happiness at that moment. I think I ended up saying YES like twice!"

"I never expected a proposal like this because It was so far out of his comfort zone. He's not used to doing things like this and this made the proposal even more special." 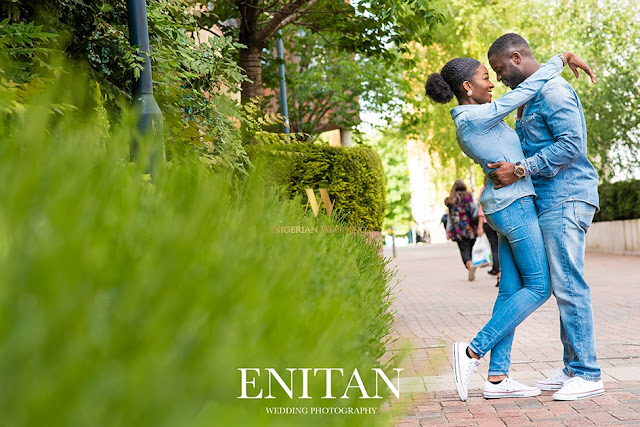 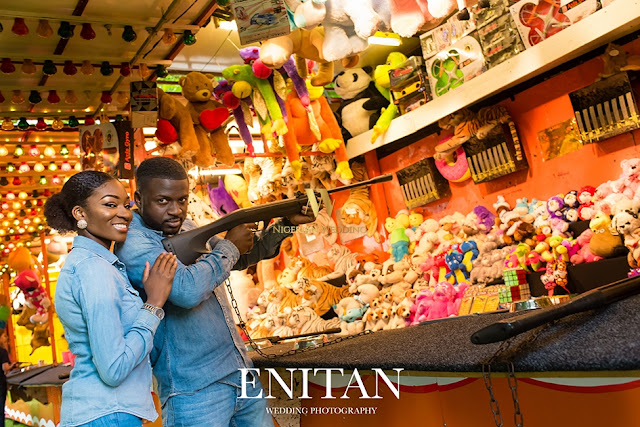 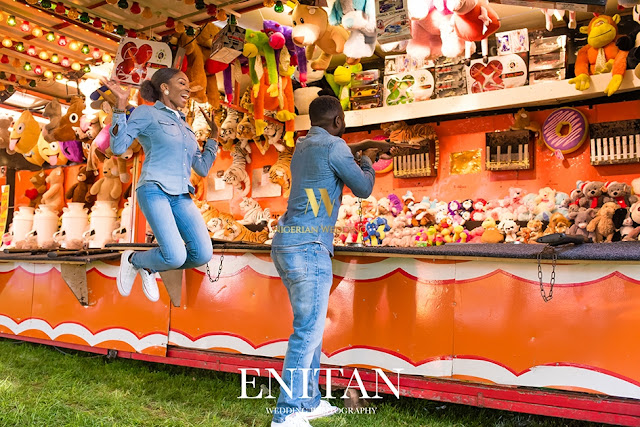 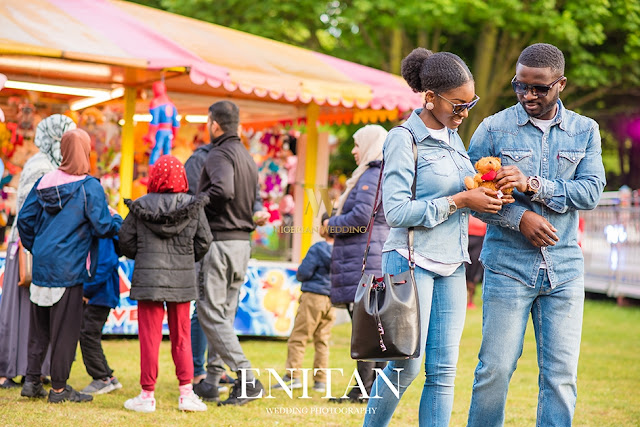 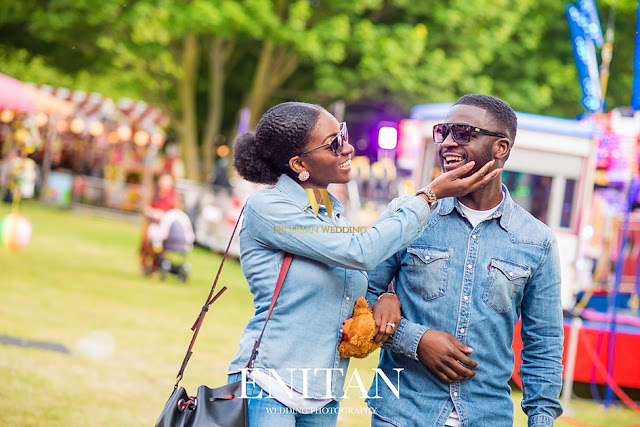 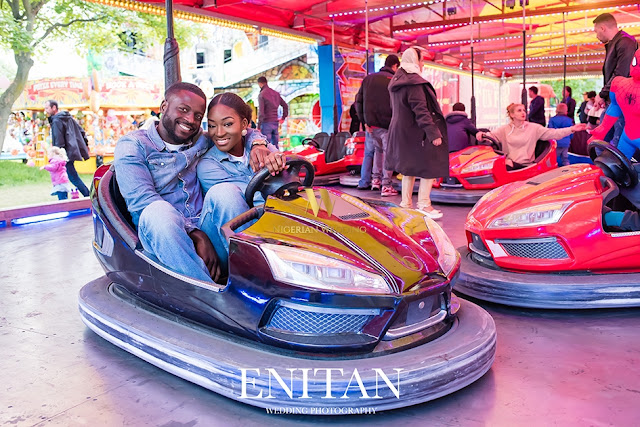 What advice do you have for young couples who may be dating and looking forward to getting married?
Hmmm.... Yes,  Besides committing your relationship into God's hands as number 1, I would say also that no two relationships are the same…so don't compare your relationship with those of others. Simply enjoy the courtship in the way that works best for the two of you,  and I repeat,  that works best for the two of you. Two of you know the end goal, therefore it's only prudent to run 'your own' race at 'your own' pace,  and ensure you do this together as a couple.

It is also better to  discuss things about the future or the after-marriage affairs. You could discuss things like children, where to live, the church  you will be attending, who is going to cook (that last one was a half joke) lol and so on and so forth. This will enable the two of you have a common understanding and a common agreement and will make the transition into married life smoother.