This picture of a female medical personnel attending to an injured player during a league match has caused online confusion.

The picture is causing mixed feelings because of the way the woman was concentrating and massaging something. Even a little boy in the picture was obviously looking confused at what was happening. 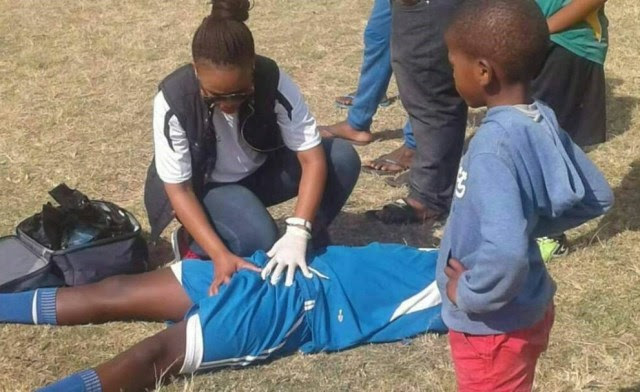 Well,  she's doing her job and shes been paid for it.  So nobody has right to question her. The player has got either a fracture or dislocation at that area which needed quick attention.