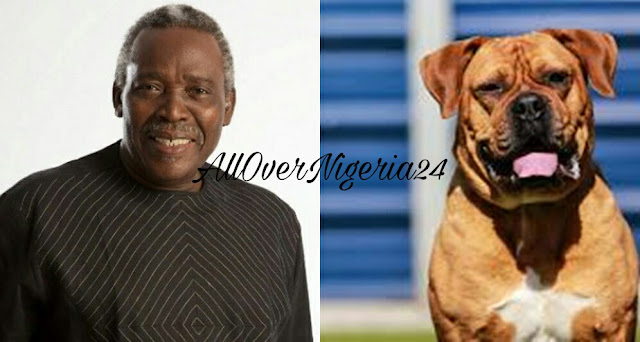 Veteran Nollywood actor, Olu Jacobs was engagee in an interview and he narrated the challenges he has faced in the movie industry both home and abroad.

Jacob in an interview with THE PUNCH said 'My father was the only obstacle I had that prevented me from relocating to England and start an acting career there.

“My Dad did not want me to go to England or even travel anywhere because I was his favourite child. When I told him about my intentions of going into acting, he said I should do something else and not anything that would take me away from him.”

This is quite different from whatvis obtainable as now many parents want to send their children abroad and far away from them in search of greener pastures. But such was the bond between the Olu and his father which made his dad scared to allow his child settle down abroad.

When questioned about why he decided to go to Britain to learn acting, he said:

“At that time when I started, if u chose the acting career, then you would have to go to either Europe or America. France wasn't much of an option for me then as I wasnt able to speak French. I still don’t speak French neither do I speak German or Russian. English was the language of communication that I knew and whatever I wanted to learn I preferred to do it in the language that I understood. And since we already had a relationship with Britain,it was much easier for me to go to England"

About the racial discrimination he faced, he said :

"I was a victim of racism all the time. I felt it in the way people looked at me and in their attitude towards me.But of course I couldn't do anything about it. I couldn't sue anybody for that."

He continued "A white woman once called me a dog. She had a vacant room for rent. But when I approached her, she asked if I didn’t see the ‘No dogs’ sign on her door. Before I could respond, she said that a dog was better than me and then slammed the door in my face. I felt so bad that I almost decided to return to Nigeria.”