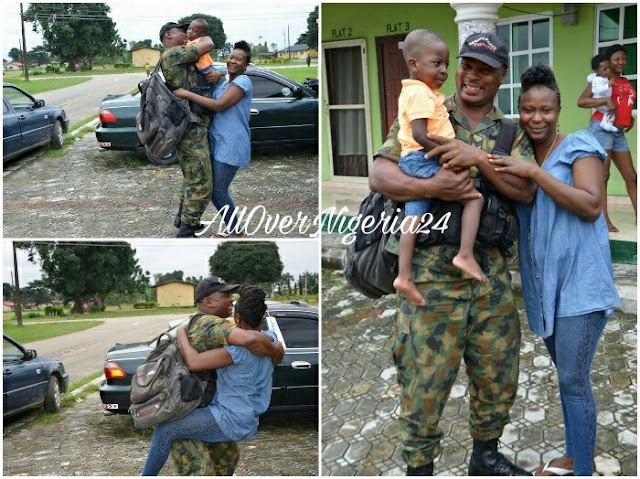 It was a thrilling moment when a soldier and his family reunited in Port Harcourt, Rivers state yesterday after being away in the North East fighting members of the terrorist group, Boko Haram.
There was joy everywhere , smiles in the air as the soldier arrived home amidst cheers, hugging his baby.
See more photos below: 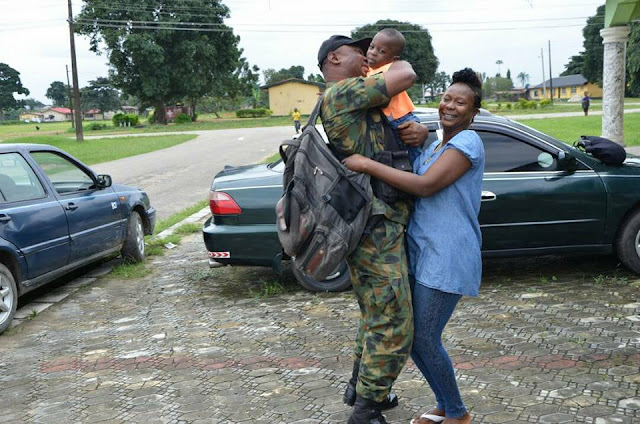 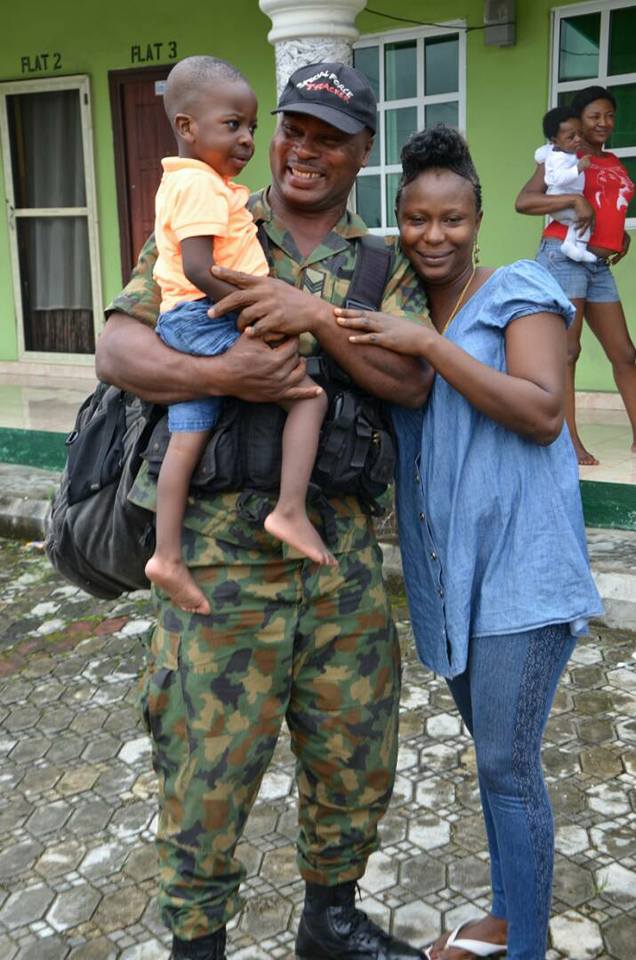