Skip to main content
- July 07, 2018
Mark Zuckerberg becomes the third-richest in the world. 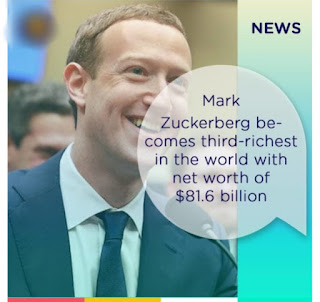 It’s the first time that the three wealthiest people on the ranking made their fortunes from technology. Zuckerberg, 34, is now worth $81.6 billion, about $373 million more than Buffett, the 87-year-old chairman and chief executive officer of Berkshire Hathaway Inc.

Zuckerberg’s ascent has been driven by investors’ continued embrace of Facebook, the social-network giant that shook off the fallout from a data-privacy crisis that hammered its shares, sending them to an eight-month low of $152.22 on March 27. The stock closed Friday at a record $203.23.

A mother discovered her son is like Bobrisky. Her reaction goes viral An 18-year-old boy, Jauan Durbin has revealed the disagreement between himself and him mum because of his cross-dressing. He shared a screenshot of a chat with his mum. See below: Juaun has described the non acceptance of whom he is as hurting. His tweet read: “This hurts. It really does. But I’m going to live my truth until the day I die.” The Best Offers Await You Here. Click Here Since making the post on Saturday, Jauan’s tweet has been retweeted more than 5,000 times and has been liked by more than 14,000 people. There have been mixed reactions over this. While a lot of people have been supporting him,there are those who agree with his mother and even those mocking him. Jauan and his mother have not spoken or texted each other since she discovered the viral tweet. The Best Offers Await You Here. Click Here “I believe that my mom will come around eventually,” he said. “I didn’t d
Read more
- October 02, 2017 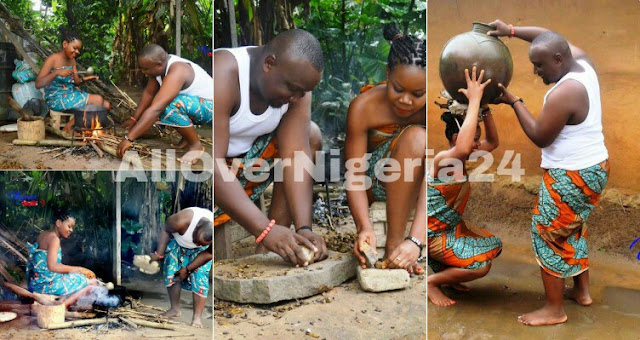 Pre-Wedding pictures taken to the village Pre-wedding photos have taken much dimension in modern day marriages and we can’t help but admire the ever changing concept beautiful couples keep dashing out. This beautiful couple has decided to take to the village settings for their pre-wedding photoshoot theme. Well, Nigerians and creativity.... See below for more pictures Tweets by GenesisCinemas
Read more