His dismissal comes just a day after Real Madrid suffered a humiliating 5 - 1 defeat in El Clasico clash against Barcelona.

The club's Castilla coach, Santiago Solari, will take over on an interim basis starting on Tuesday.

A club statement read: "Real Madrid's board met today on 29 Oct 2018 and has agreed to end the contract linking coach Julen Lopetegui with the club. This decision has been taken to change the dynamic in which the first team finds itself, when all the objectives for the season are still achievable.

"The board understands that there is a big difference between the quality of Real Madrid's squad, which has eight players nominated for the next Ballon D'Or, something without precedent in the history of the club, and the results obtained to date. The club thanks Julen Lopetegui and all his staff for their effort and the work done, and wishes them all the best in their professional careers." 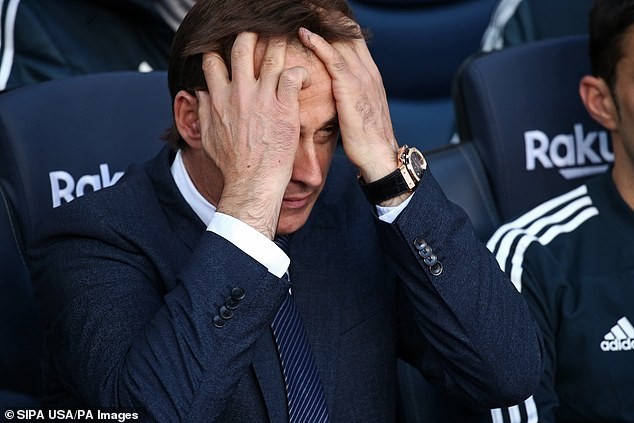 Lopetegui, 52, who was announced as Madrid coach just before the start of the World Cup in June, was also dismissed as Spain coach by Spanish federation president Luis Rubiales ahead of the tournament.