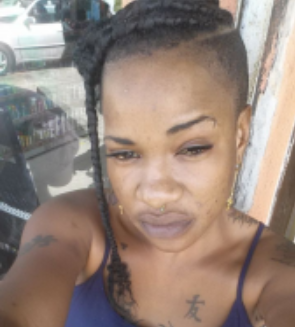 A mother-of-two was stabbed several times by her mentally unstable boyfriend and left to die in a muddy drain at Crane Street, Queenstown, Corriverton, Berbice, in South America.

Iransa Frank, 38, a waitress at the Crimson Light Bar located on the Corentyne, recently moved in with her boyfriend at Crane street after they had been seeing for just over a month.

At about 8:00h on Sunday, the now dead woman had headed home from work, but shortly after, she visited a nearby shop. Moments later, the woman was seen running up the street with the suspect in hot pursuit. He eventually caught up with her.

She tried to fight him off, but her throat was reportedly slit in the process. She then fell into a nearby drain and was stabbed four more times on her neck.

We could not go and help because he standing up right there with the knife in he hand, and he is a ‘mad man’. 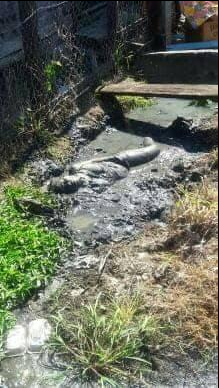 Police arrived on the scene and arrested the suspect. Upon his arrest, he reportedly screamed that he should not have listened to anyone, saying:

I listen to people, now look what i go and do.


Reports are that Frank was supposed to leave for Georgetown today (Monday), and had already moved some of her clothing. It is believed that the woman had gone to collect the remainder of her clothing when she met her demise.

The suspect was reportedly deported from the United States of America about ten years ago. He had reportedly been a patient at the National Psychiatric Hospital on three occasions. The last time he was reportedly admitted was earlier this year.

His neighbours claim he had threatened to kill them whenever he "trips". Another neighbour recalled him threatening to kill her, her daughter and the dog.

The is survived by her two children (aged 21 and 16). Her body was taken to the Skeldon Hospital Mortuary to await a post-mortem.