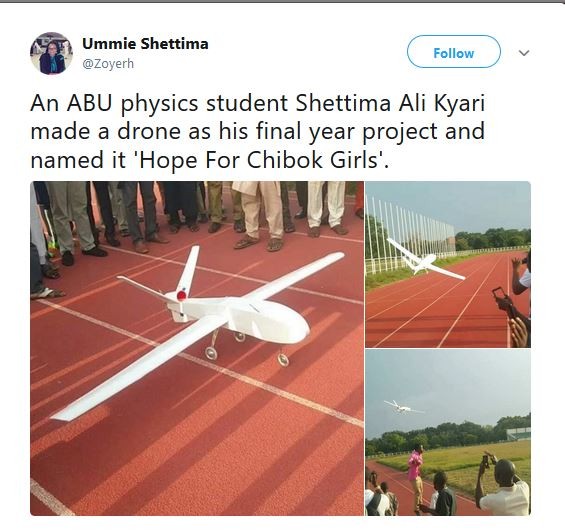 A physics student from Ahmadu Bello University has invented a drone and named it 'Hope For Chibok Girls'. The brilliant student identified as Shettima Ali Kyari built the drone for his final year project.

A twitter user by the name Ummie Shettima, took to twitter to share the brilliance in what this student had done. Ummie Shettima also shared photos of the drone as it was flown on a track for test. 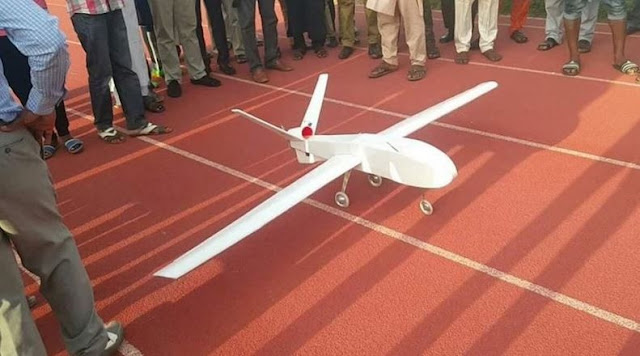 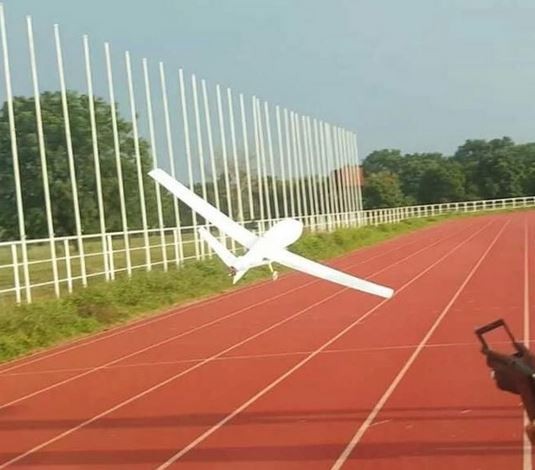 Shettima wrote:
"An ABU physics student Shettima Ali Kyari made a drone as his final year project and named it 'Hope For Chibok Girls".

The builder of the drone, Shettima Ali Kyari, named the drone 'Hope For Chibok Girls, this just makes one wonder if the physics student truly built the drone for the hope of the Chibok Girls. We might never know.

The personal assistant to President Buhari on new media, Bashir Ahmad, also shared a tweet announcing the name of the drone. He further applauded the student for the effort put into the drone.