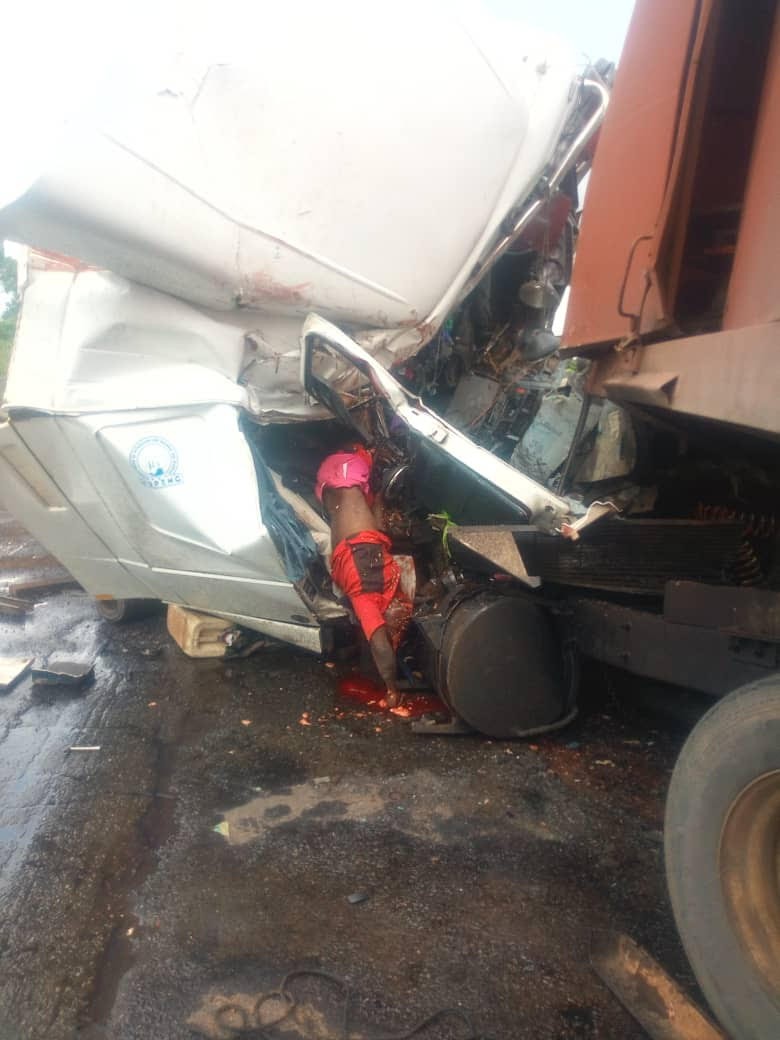 A tanker driver died and three others injured after his vehicle collided with a truck loaded with crates of alcoholic beverages on Friday, near Odogbolu junction along the Ijebu Ode/Benin Expressway.

It was gathered that the accident occurred because the deceased drove his vehicle against the traffic.

Confirming the incident, the Public Relations officer of the Ogun State Traffic Compliance and Enforcement Corps, Babatunde Akinbiyi, said firefighters were on the ground in case of any fire outbreak.

“Four people were involved in the accident. The tanker driver was the only person in the vehicle and he was the only one who died. Three others were in the truck carrying crates of alcoholic beverages, they were injured. The tanker driver caused the accident. He drove against the traffic, and in the process the tanker collided with an oncoming truck laden with crates of alcoholic beverages." he said.