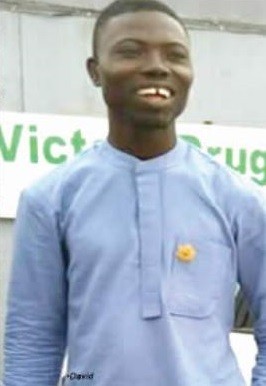 Oluwaseun David, a 28-year-old graduate of Yaba College of Technology, met his untimely death after he was killed by gunmen who attacked his mother's shop, right in front of their residence.

The robbers were said to have stormed the area around 9pm during a downpour that led a lot of people to stay indoors. The mother of the late engineer who lives at Babs Ladipo Street, New Oko-Oba, Lagos State, sells confectionery, was about to close for the day when two of the gunmen came down from the bike to rob her.

She was robbed of her gains for that day and while this was happening, an eyewitness who was around the shop reportedly rushed into the compound to alert the neighbors of what was going on.

David who was in the house, quickly ran out of the compound to check on his mother's safety, and it was at that moment that he was shot in the neck by one of the robbers. The robbers  said to be three in number including the bike rider, then fled the scene after people started trooping out en masse.

David reportedly gave up the ghost while being taken to Agege-Orile General Hospital, Lagos