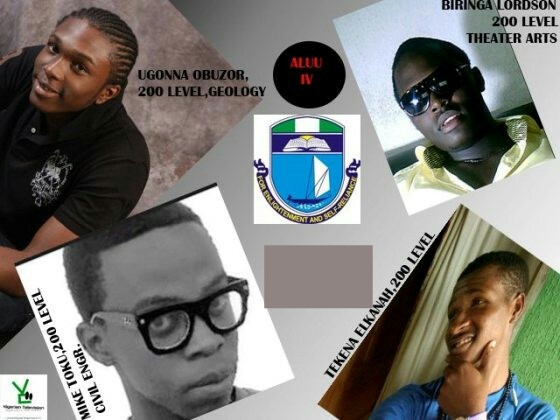 On October 5th in 2012, Ugonna Obuzor, Toku Lloyd, Chiadika Biringa, and Tekena Elkanah, all students of the University of Port Harcourtwere lynched after they were falsely accused of being thieves in Aluu, a community in Port Harcourt, Rivers State.

Three of them had escorted one of their friends to go settle a debt with someone who lived in the nearby village of Aluu. In the cause of settling the debt, a misunderstanding ensued which turned into a fight and the debtor started screaming, claiming that the boys were thieves.

The vigilante group (some of them pictured above in court) in the village surrounded the boys, stripped them naked, tortured them until they were almost unconscious. Then in the presence of a large crowd, the boys were dragged through mud, had concrete slabs dropped on their heads, car tyres filled with petrol wrapped around their necks and burnt to death.

No single person has been sent to prison for the crime.