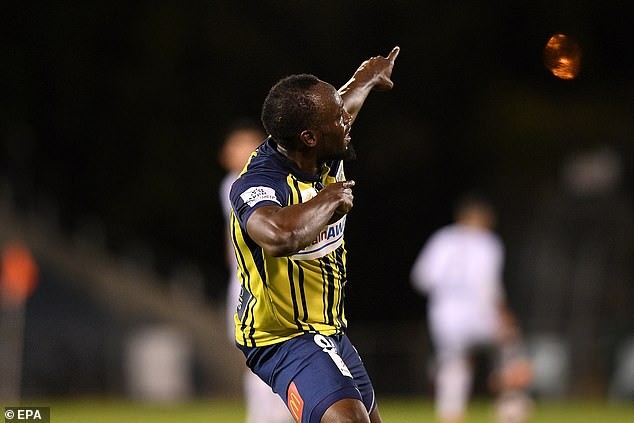 Usain Bolt, 32, has scored his first goals in his second trial match for an Australia's Central Coast Mariners to boost his chances of becoming a professional footballer.

The Jamaican eight-time Olympic sprint champion and world’s fastest man scored the Mariners' third and fourth goals in a 4-0 win over Macarthur South West on Friday and celebrated with his trademark lightning bolt pose.

After the match, Bolt who wore No 95 shirt, in reference to his world record time over 100m said: "Dreams become reality through hard work".

"My first start and scoring two goals, it's a good feeling, I'm happy I could come here and show the world I'm improving. I'm keen to be a Mariner, to play my best and get into the team," he added.