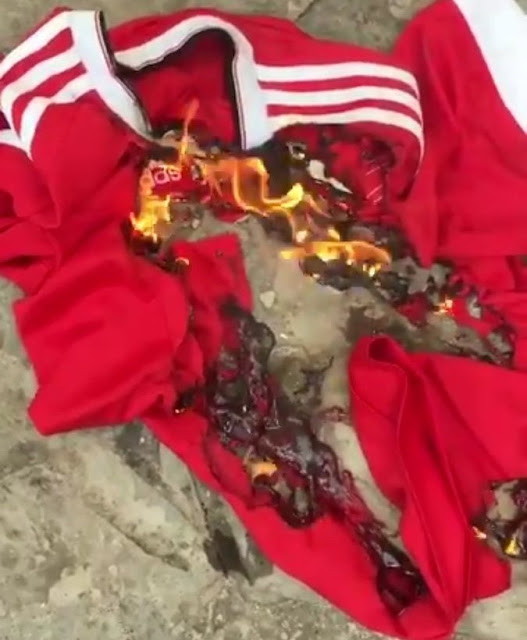 An angry Ghanaian man who is a Manchester United supporter has burnt his club jersey after their poor run in the season so far.

Manchester United who are obviously struggling this season, are occupying the 10th position on the league table leaving them far behind top rivals Manchester City, Liverpool, Chelsea Tottenham and Arsenal.

The angry fan known on Twitter as Kwadwo Sheldon, took to his page to share a video of his burning jersey and also blasted the entire Manchester United board including Coach, Jose Mourinho, Paul Pogba and others, before announcing that he is no longer supporting the club.

According to him, he is too young to die and doesn't have the patience to rely on a club that is not performing well.

Mr. Kwadwo is now contemplating if to support Premier League Champions, Manchester City or Liverpool who are a strong contender in the league.

Watch video below from LIB:

Angry Man.United fan burns his jersey over his club's poor run, uses the F-word on Mourinho and others