Skip to main content
- October 07, 2018
Wizkid Gets Honoured As Governor Of Minnesota, Mark Declares October 6 Of Every Year As 'WIZKID DAY'

Mark Dayton, Governor of Minnesota in the United State of America has officially set aside October 6 of every year as WIZKID Day, to honour Ayodeji Ibrahim Balogun, known professionally as Wizkid.

According to the sealed and stamped document, the reason for this huge landmark is to honour the singer for his numerous achievements in music and for his role as a culture influencer. Some of his achievements, include recently becoming the first African artist to sell out the Skyway Theatre Minneapolis, making a Billboard number one hit ‘One Dance’ with Drake, selling out the O2 Arena London, walking the runway with Dolce and Gabbana,  winning international awards, and many more 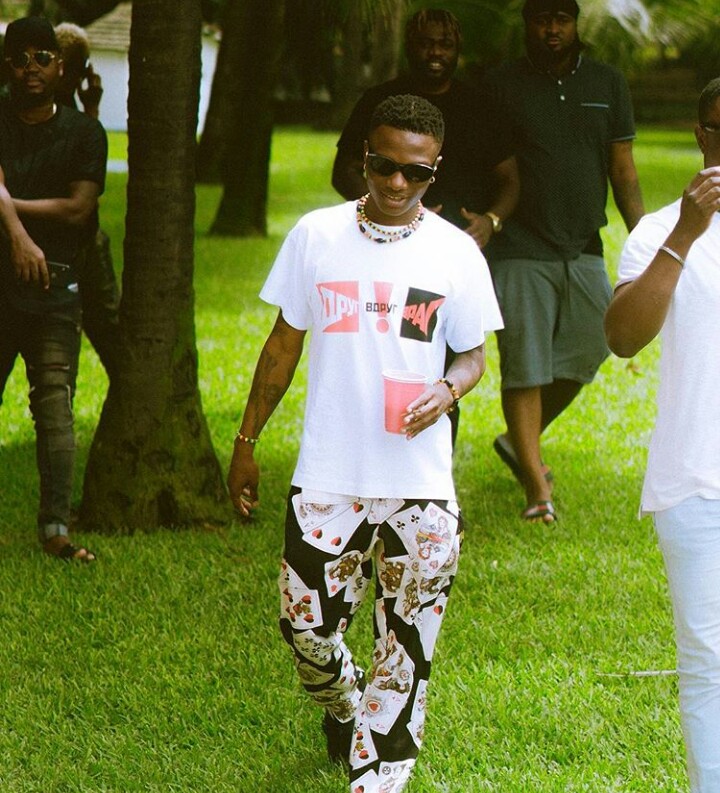 See the official proclamation which also bore the seal of the US state of Minnesota and signed by the Governor. 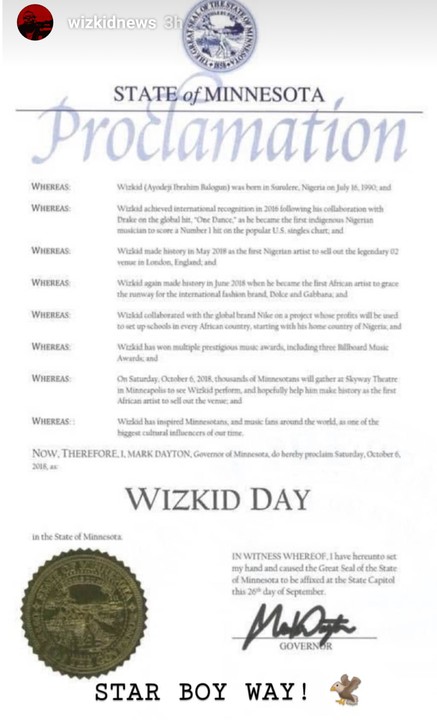 Wizkid makes history again after Governor of Minnesota, USA declares Wizkid Day in the state, as he became the first African Artist to sell out Skyway Theatre.