Minimum wage: Labour Reacts as FG Denies Approving N30,000. "We Will Go Back To Strike" 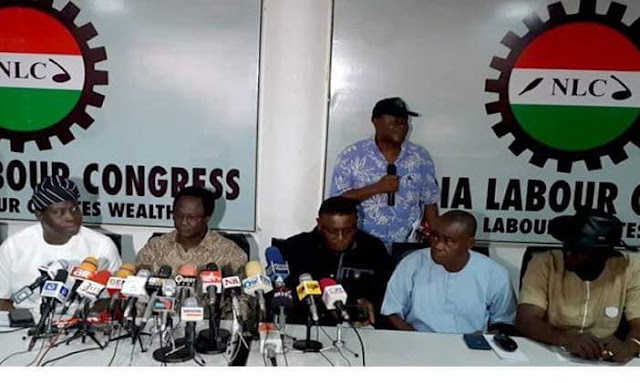 Minister of Information and Culture, Alhaji Lai Mohammed, who spoke with State House correspondents after the weekly Federal Executive Council, said President Muhammadu Buhari would still study the report presented to him on Tuesday by the Chairman of the committee, Amal Pepple, before taking a decision on it.

Pepple had while presenting the report on Tuesday disclosed that the committee recommended that the national minimum wage be increased from N18,000 monthly to N30,000.

She also said her committee drafted a bill that the Federal Government would send to the National Assembly to effect the change.

A section of the media had reported that Buhari accepted the report and endorsed the recommendation of N30,000 as the new minimum wage.

Mohammed, however, said Buhari would only take a decision and make his view known after considering the report.

“I think it (N30,000) was a recommendation. Mr President will consider it and will make his views known in due course,” the minister said. He warned that anything short of the full implementation of the report would be met with stiff opposition.

The TUC general secretary said, “They can say anything they want to say. Why were they panicky before? Why did they agree to the N30, 000? They can call it a mere recommendation or whatever they want to call it but the important thing is that at the end of the day, if we do not get the N30,000, they know what we will do.”