- February 03, 2019
A video circulating online shows the dramatic moment a house help was caught with panties belonging to her madam and her madam's daughter.

In the video, the madam and her husband can be heard interrogating the girl about the stolen panties. She cried and swore she wasn't planning to use it for anything. She claimed she only wanted to keep it for her personal use. 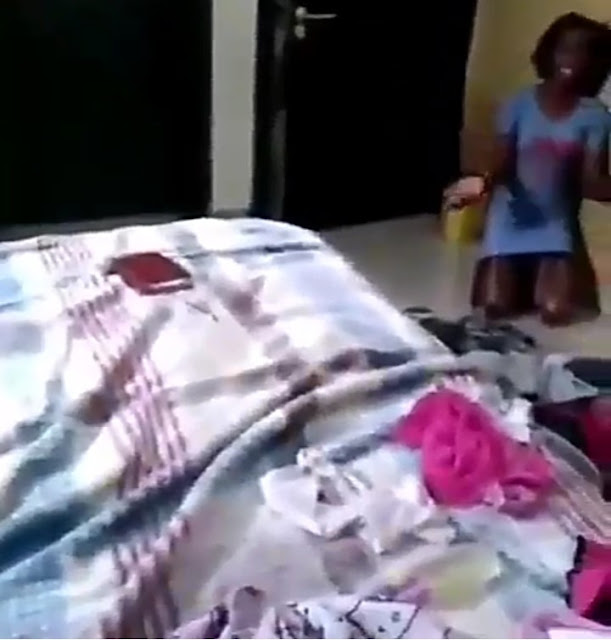 But the woman's husband didn't believe the househelp's story and he asked her how she intended to wear the pants belonging to her madam which wouldn't her size. The girl had no reply to this.

The madam went on to ask the househelp why she didn't seek her permission first before taking the pants and the girl said it was because she was scared. The woman then asked if she was also scared of her daughter, who is away at boarding school, and asked why she didn't inform the daughter that she wanted her pants.
According to reports, the househelp's was to travel home on holiday when she was caught with the pants.
It wasn't revealed what further actions, if any, has been taken against the girl.
Underweartheft has become rampant in Nigeria with a lot of people believing it's prime material for money rituals.


Moment househelp was caught with pants belonging to her madam and her madam's daughter
A post shared by LIB - Linda Ikeji Blog (@lindaikejiblog) on Feb 1, 2019 at 10:53am PST